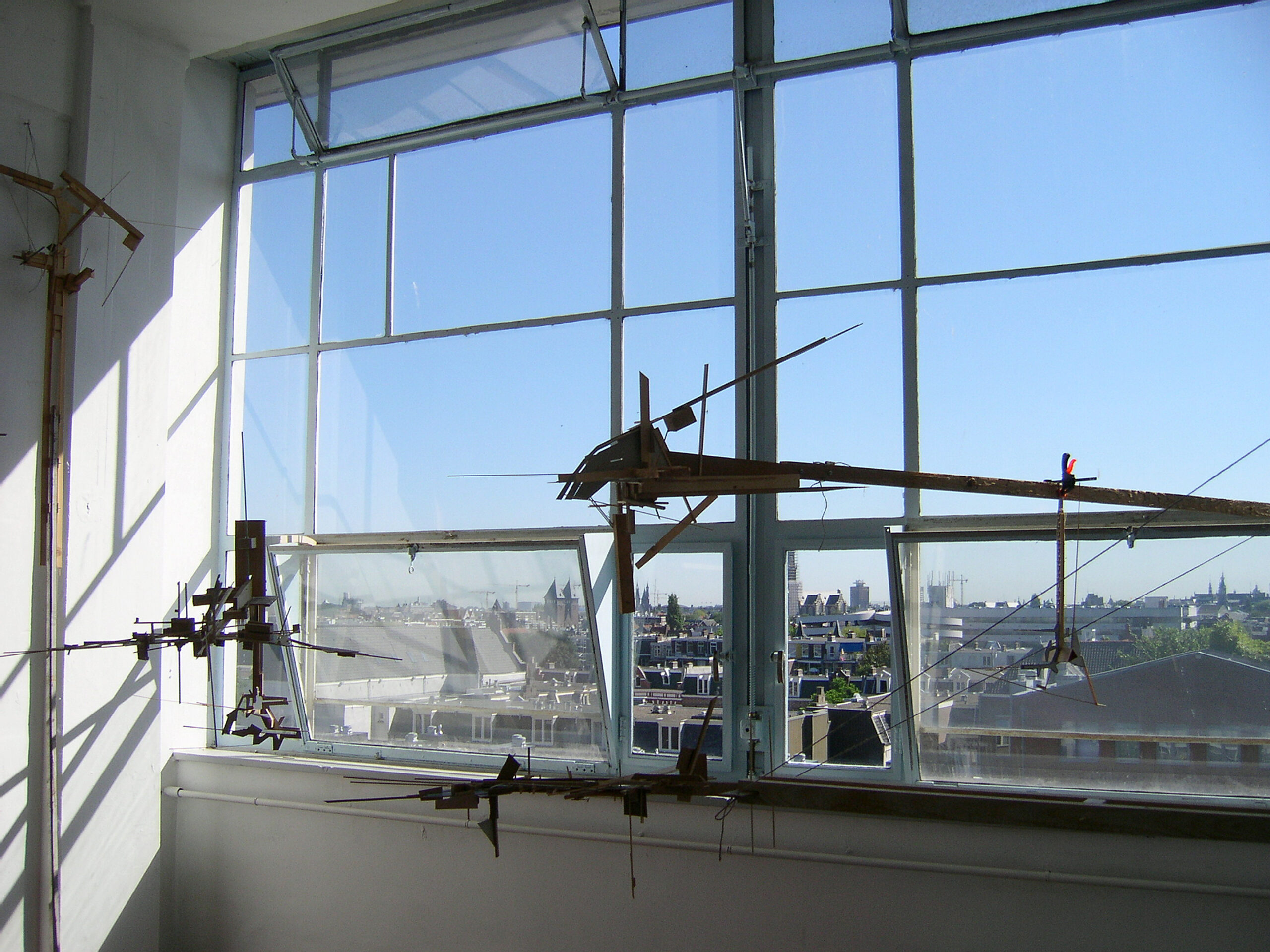 How to make the islands more exciting?

Oeke Witteveen of Gallery Witteveen generous invited me to an Artist in Residence project at M4 Guest Studio in the Tetterode building in Amsterdam.

The TOFUD project was born of the realization that urbanism will be one of the most important themes of the twenty-first century. It is also a theme that follows on directly from my earlier paintings and drawings. At some point I felt a desire to enter the third dimension from these drawings in the two-dimensional plane, plus a need to give the context-less world of my floor plans more direction in concrete situations.

supported by: the Mondrian Fund

The models that TOFUD has produced can be regarded as thinking models, designed to stimulate reflection about specific urban spaces. They are not developed plans (as yet) but objects for discussion.

I have used existing street plans and new urban planning schemes to create a totally different perspective for the future. A perspective entirely free of the influence exerted by a number of issues that tend to limit thinking about space and using space in a specific area. Ambitious urban planning schemes, often introduced with the best of intentions, generally tend to get bogged down and are ultimately brought to realization in a stripped, compromised version of the original.

TOFUD does not admit any limitations imposed by financial or political interests. Nor even those of gravity. The project provides an idea of how and by what means an area might be developed. It gives direction and consciously does not address details. There is order in the big picture and chaos in the small one.

I totally refute the observation that these proposals could not be implemented. It simply depends on the period in which they are considered. A century in the life of a city is just one layer in its history. If you had drawn a picture centuries ago of how cities appear today, and how they are continuing to develop into megastructures where tens of millions of people live, you probably wouldn’t have been taken seriously either. I’m endeavouring to create a picture of how such developments might appear in a couple of centuries. There’s nothing strange about this, for one thing is certain: if mankind continues to exist, so will cities, and these cities will also survive and carry on developing intensively into monocultures. Other forms of life will be tolerated if they’re useful, or at least not harmful.

TOFUD is a deliberately long-term project, a product of its various components that can and will change constantly. As in real cities, parts or sections are removed and added to obtain a different form and appearance. Interim results are combined in installations that incorporate relevant sections at the time. These installations are small, dynamic, imploded ‘cities’ which are mounted in the space for which they were conceived. Through TOFUD I bring urbanism inside and concentrate it in a single field of vision. I imagine an alternative to our current situation, in which elements are getting larger and larger as a result of the universe’s expansion.

‘Expansion is an externalization of an active primeval force and therefore inevitably the winner over limitation’ (Mondrian).

I imagine that the opposite is happening, that the universe is shrinking and has caused an implosive force to emerge; wouldn’t entire cities then fit into a smaller space than they do now? Nothing seems impossible on a cosmic scale. This is why the sections in the installations are always oriented inwards. The cities’ components seem to be hurtling together at enormous speed, as if just before an impact, thus affirming their destructive power. 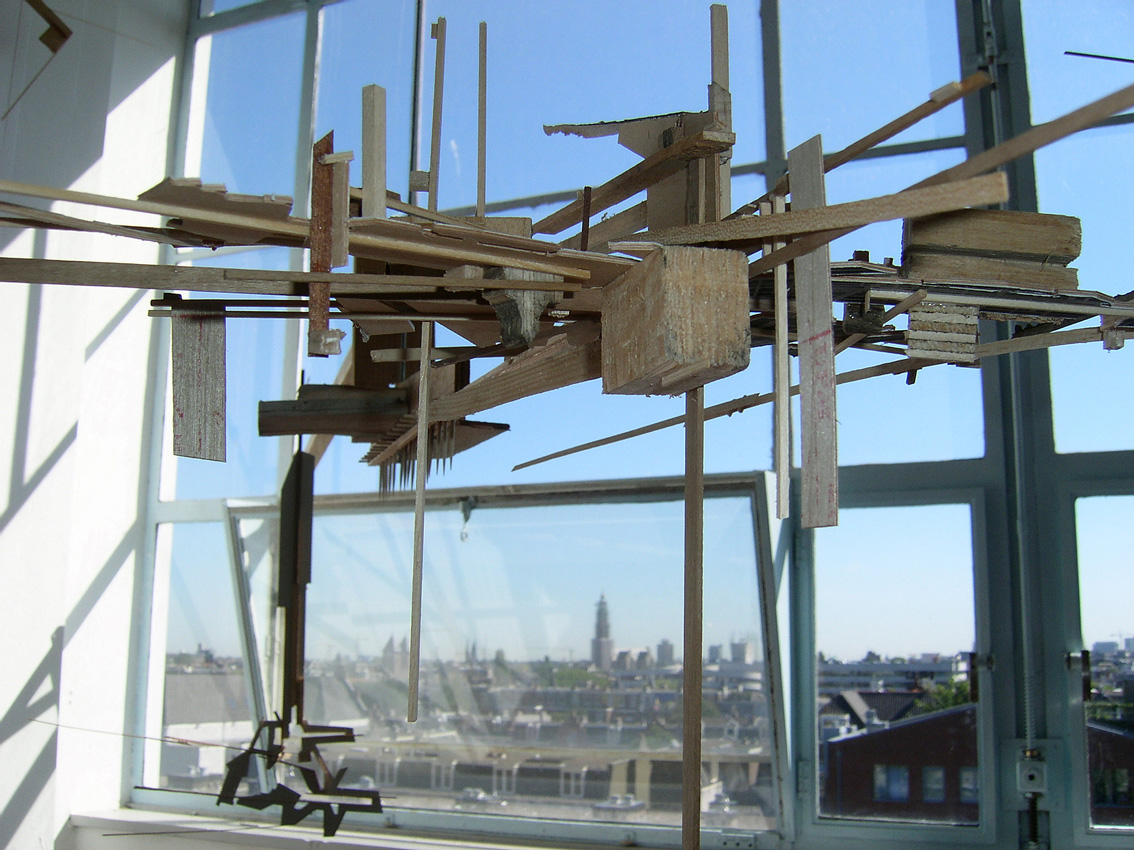