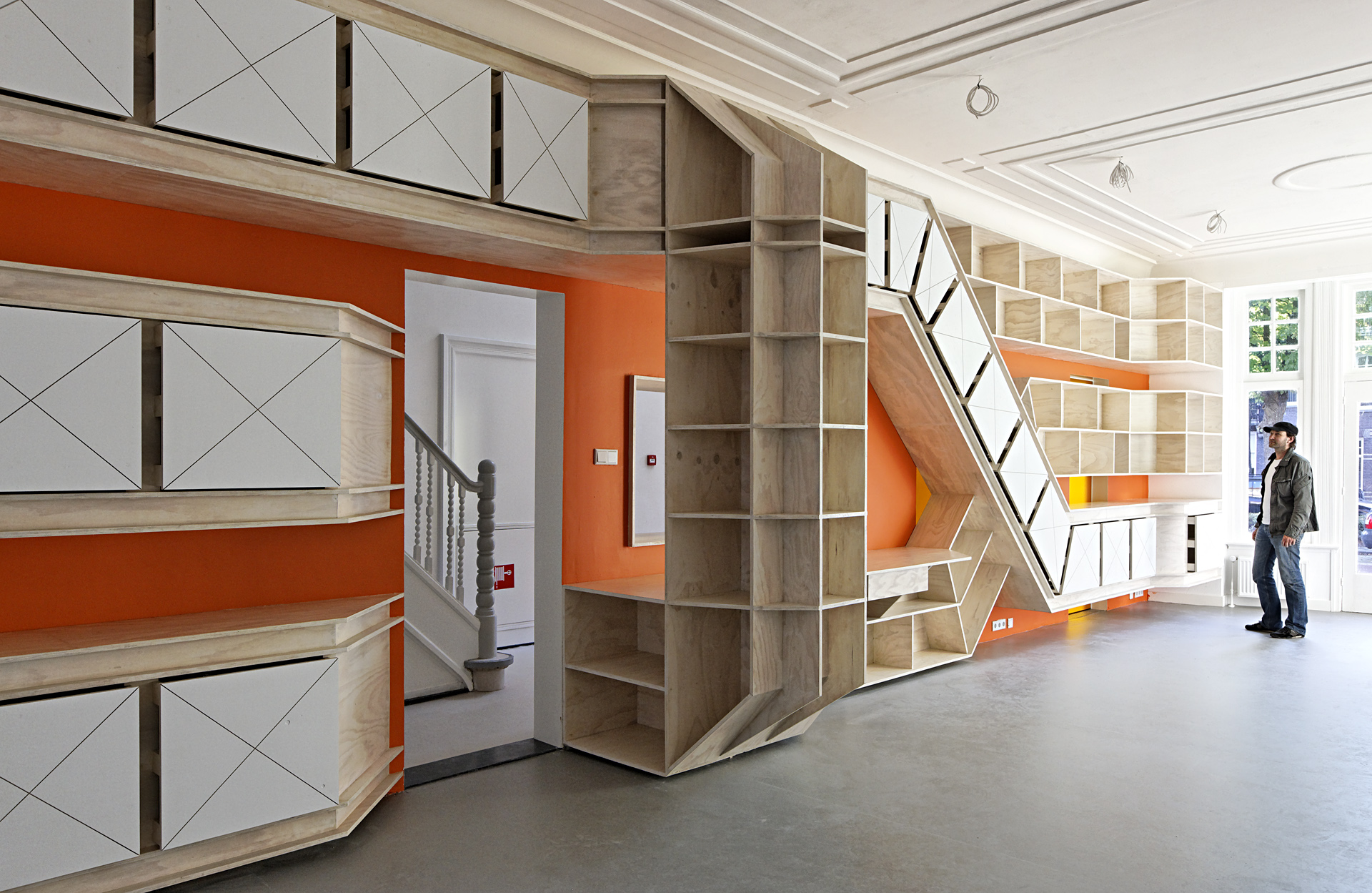 The commission to design a multifunctional cupboard formed part of the overall renovation of adjacent buildings for the X-Ingredient advertising agency in Den Bosch. The renovation is conducted by HilberinkBosch architects, who ask me to create an unusual and challenging design.

The office space on the ground floor beside the entrance is used by the agency’s secretarial and financial departments. In its previous office premises there is a tremendous mess: things are piled up everywhere. So it quickly became clear to me that a strong organizational element, able to combat mess, has to be introduced into the space. 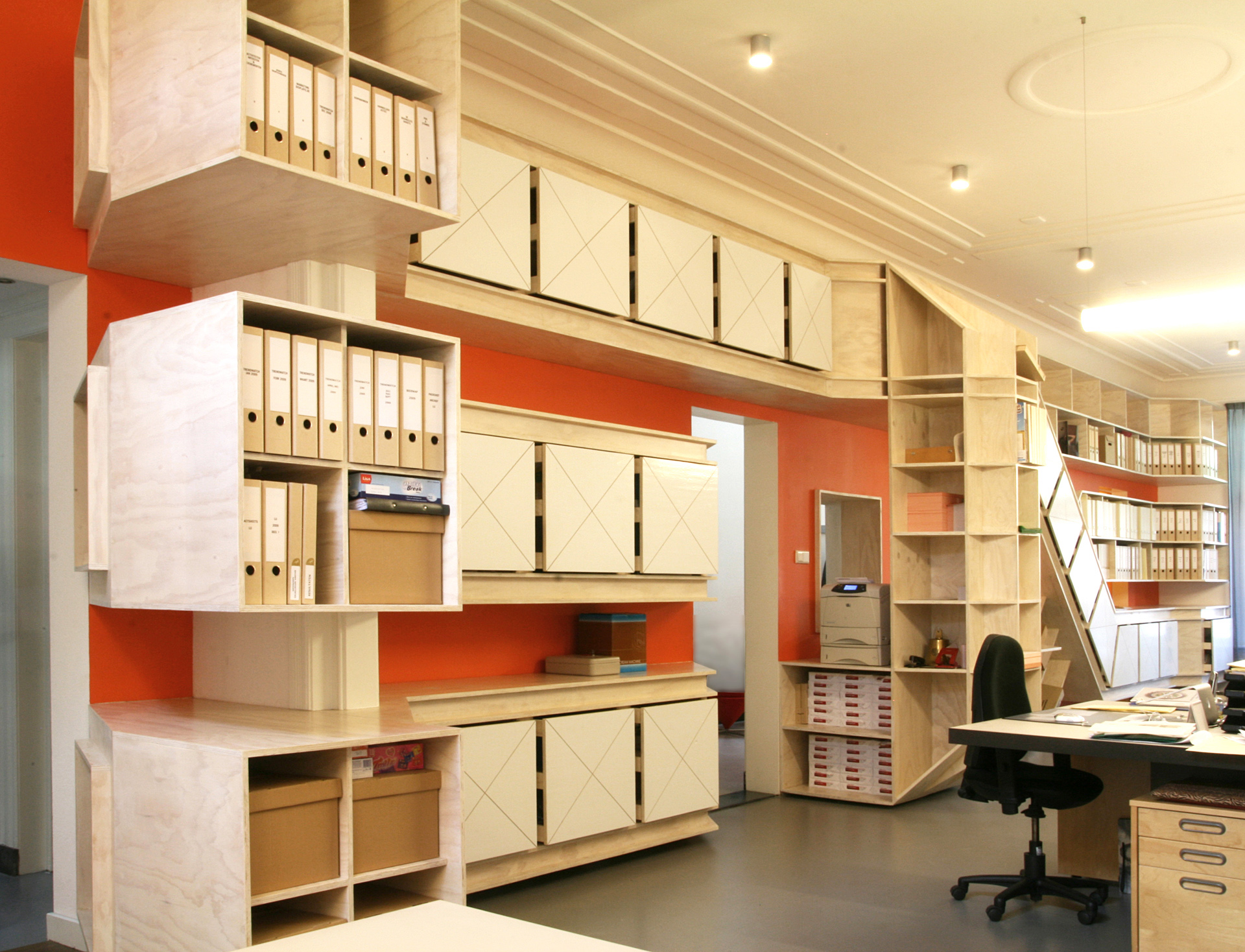 There are three doors and two counter windows in the wall dividing the office space from the corridor. I decided to retain these openings and reuse them in another way, to show that the interior layout had once been different. KAPKAR/REX-40 is constructed of elongated modules with compartments for items such as files and elements closed by doors. I also fitted a work surface at the old counter windows where tasks, such as sorting the daily post, can be handled.

The object, comprised of three sections, processes through the space, creating order with its huge presence and functionality. It is made entirely of construction plywood which is mostly pine ply with the white doors of deal ply. I treated the wood with transparent acrylic paint over a white transparent primer. In two of the former door openings I placed translucent orange perspex whose intensity fluctuates with the daylight. 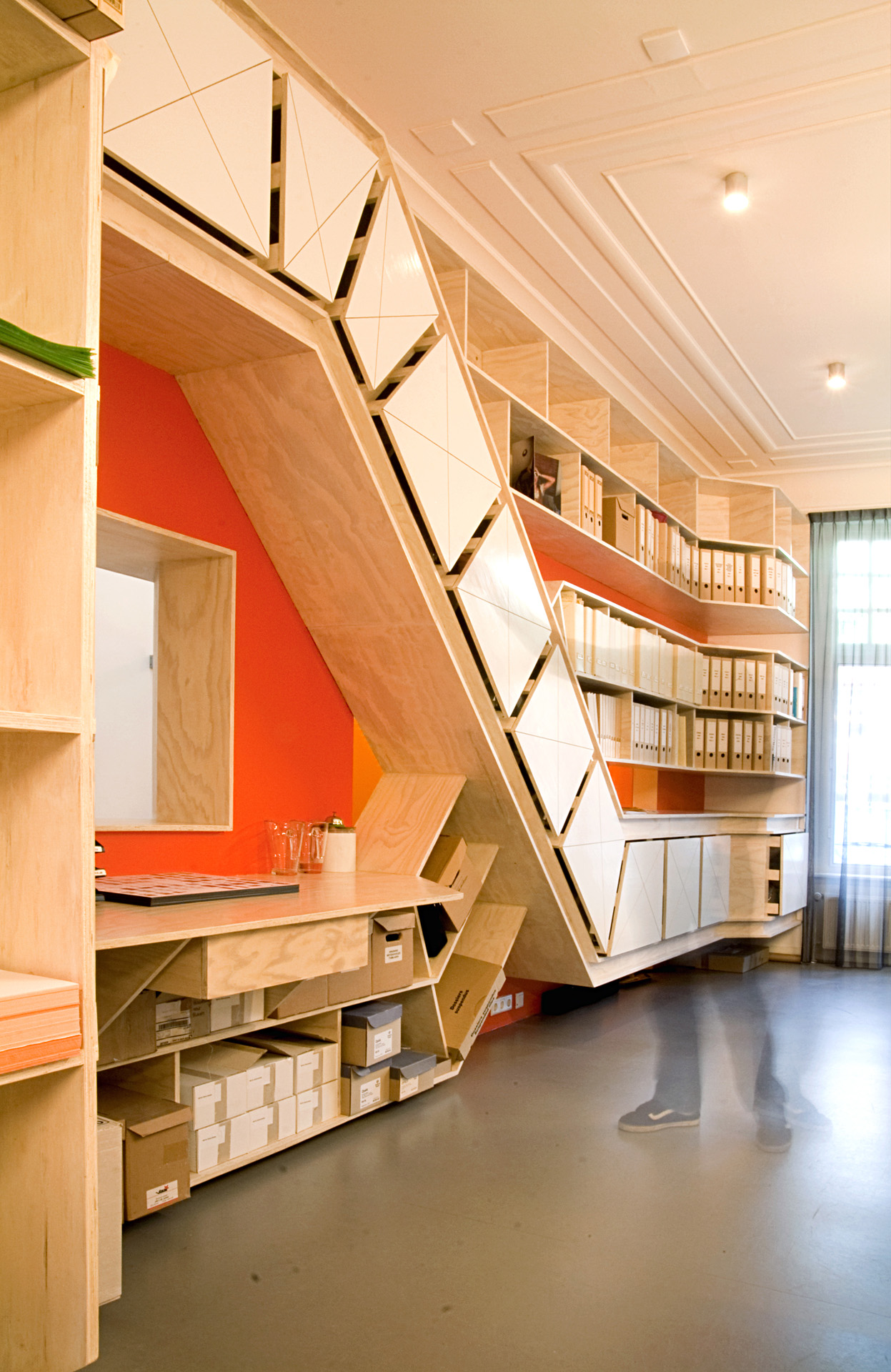 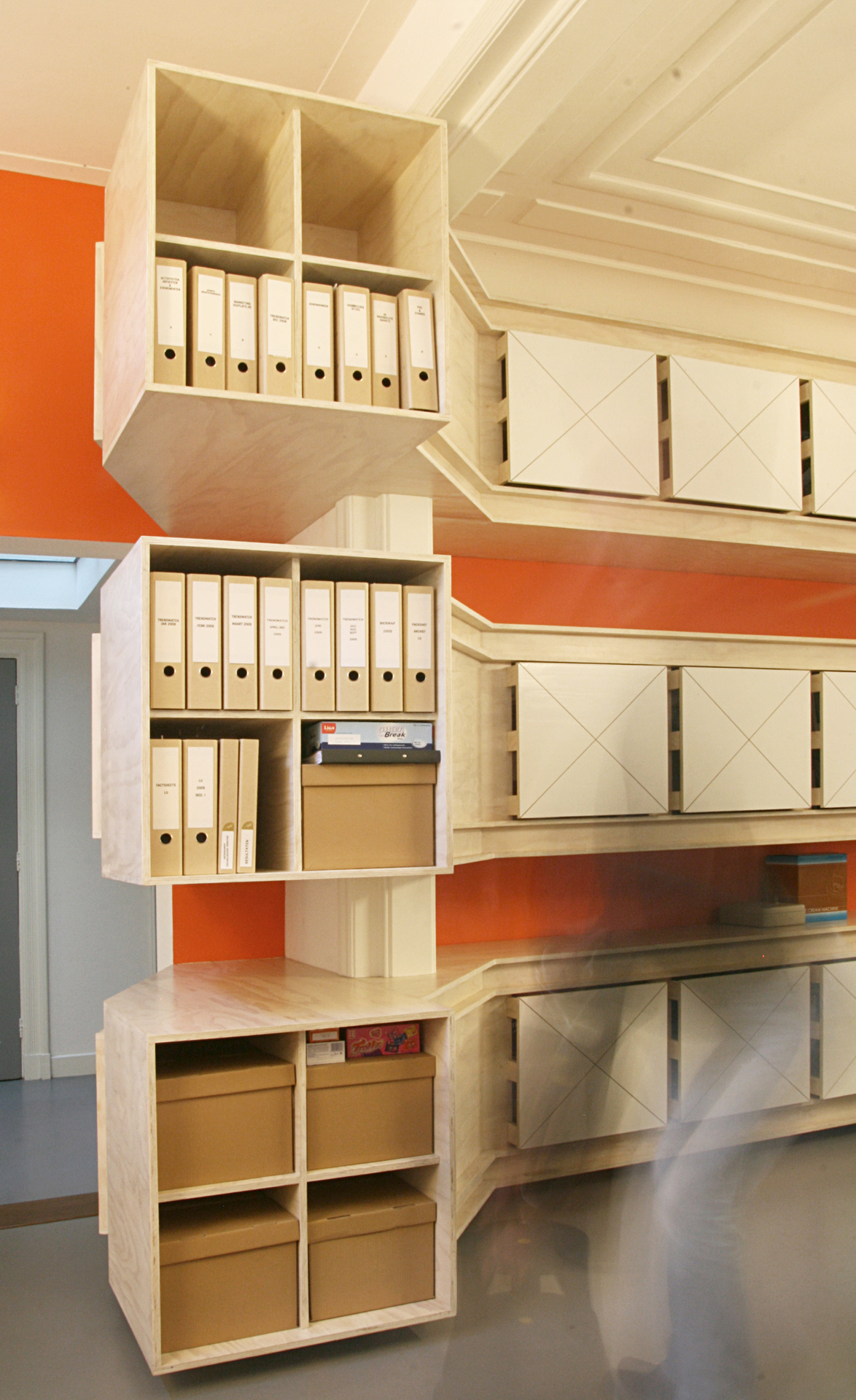 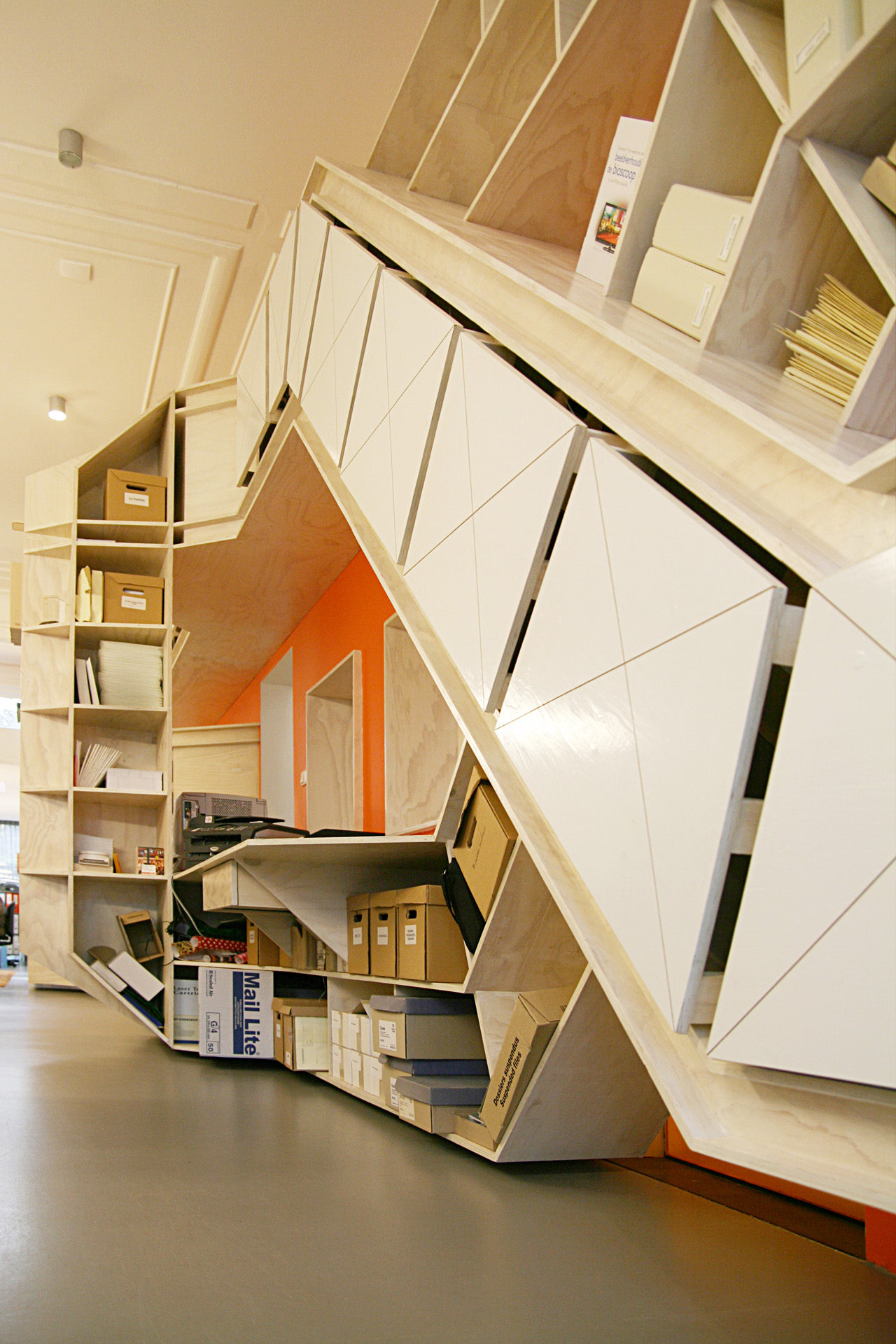 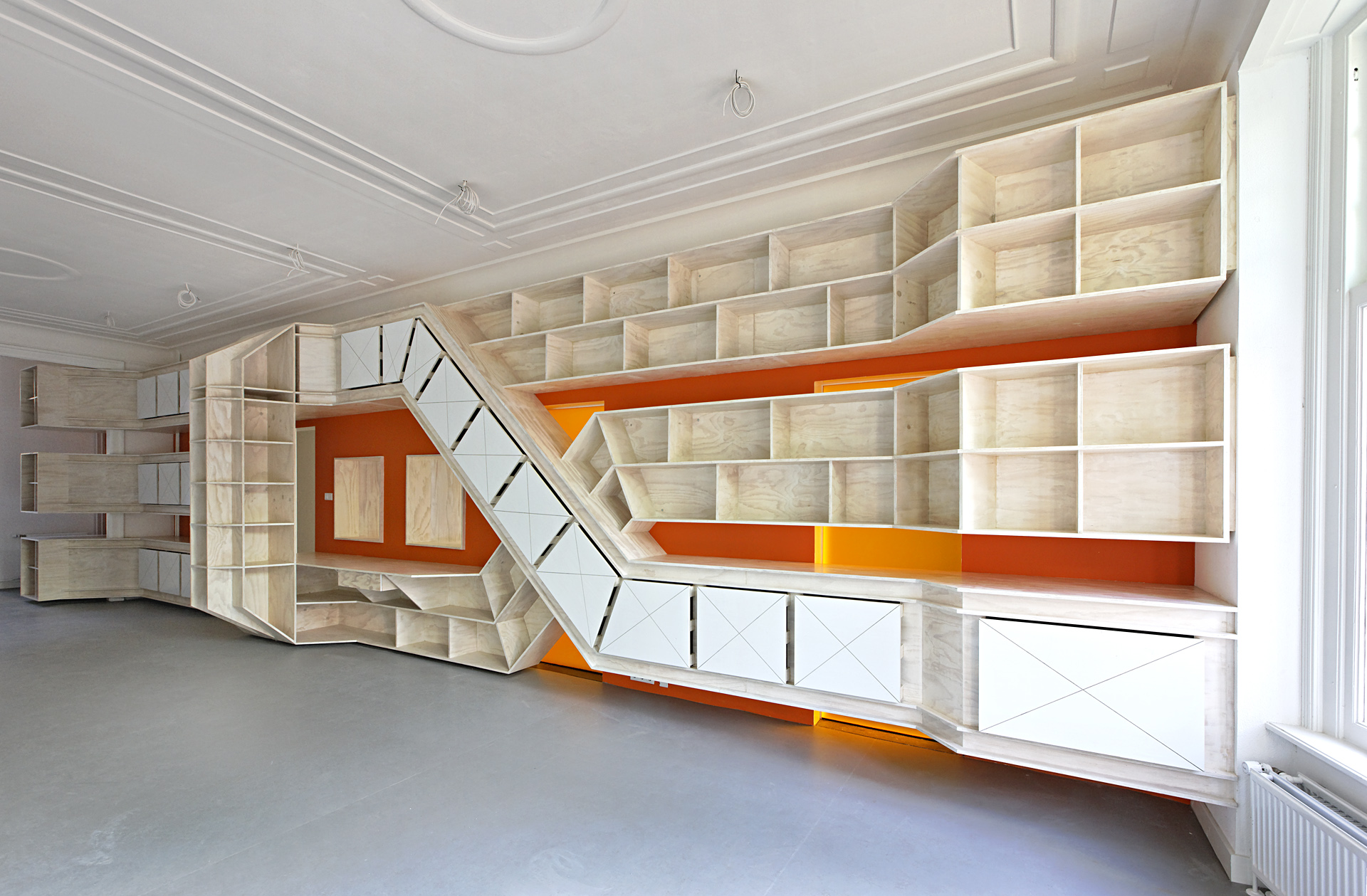