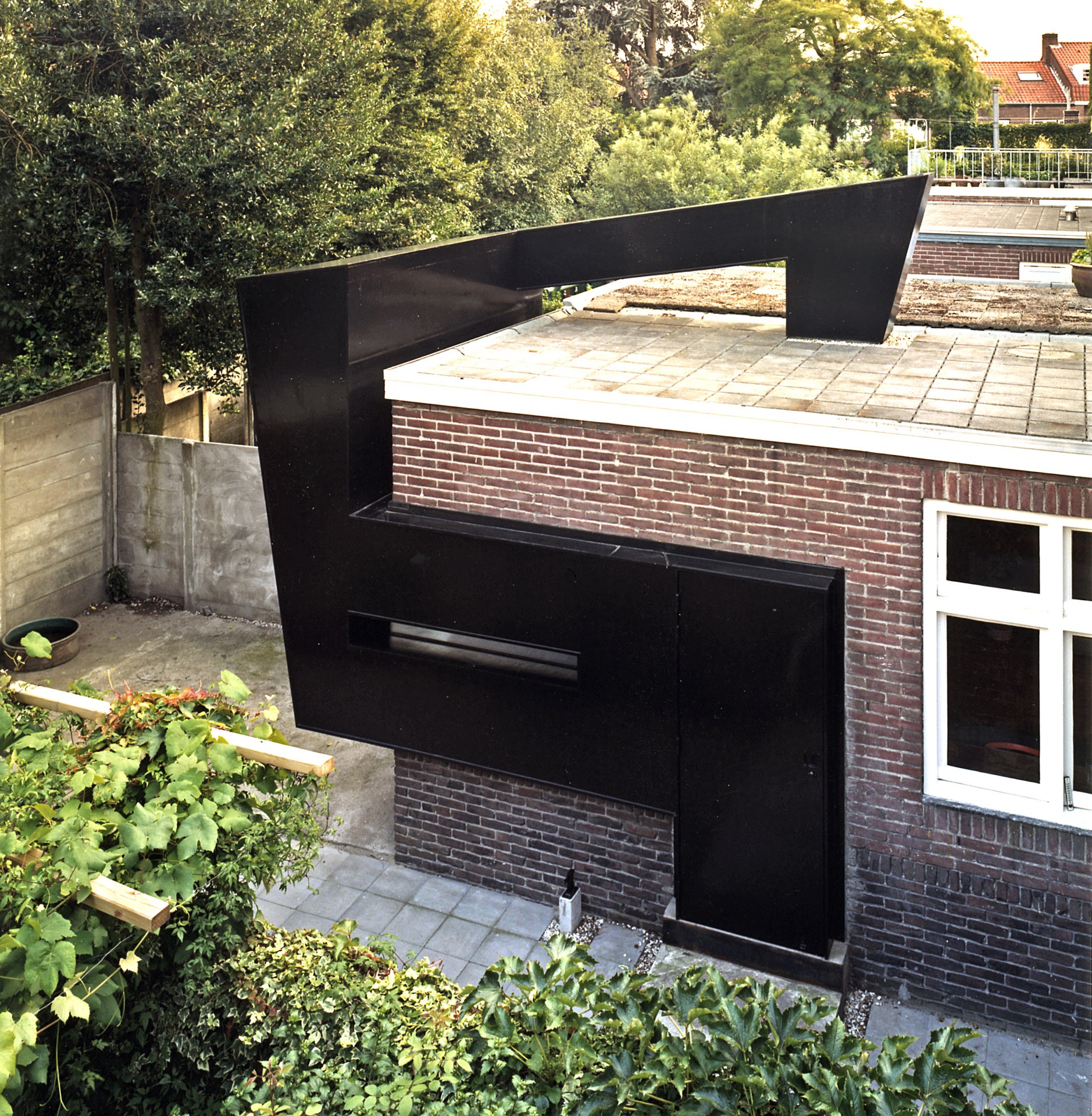 A 23 is a structural alteration to a private home in Eindhoven. The clients, who have lived in the property for 15 years, thoroughly refurbished the building in 1991. The component I was asked to restructure had a short programm of requirements:

– Turn the kitchen and utility room into a single space, creating one kitchen;
– More daylight;
– The space did not have to be enlarged, simply improved. 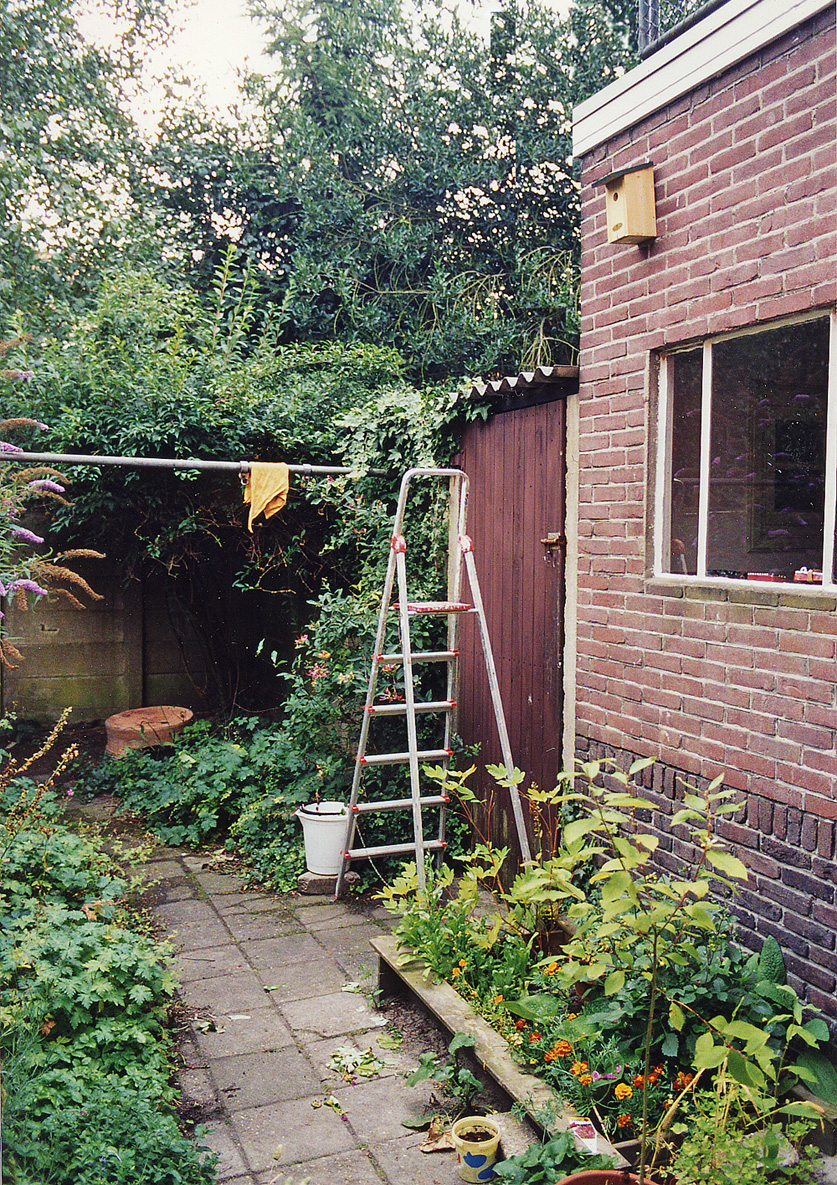 The kitchen is situated at the back of the house, a terraced dwelling in a residential area dating from 1926. The narrow back garden was largely filled with a concrete shed that had been built onto the kitchen. This was demolished. I took as my starting point the specific character of the box-like kitchen extension. I decided that the lowest layer of the masonry, the damp-proof course, 80 cm high, of dark misfired bricks, was worth retaining. Nor did I change the flat roof.

Between the damp-proof course and the top of the windows and door I cut a hole in the rear and side walls. Into this hole I inserted a wooden object that was clamped in and around the old space, thereby creating a new space, formed of two components: the old brick ‘box’ and the new wooden element, a symbiosis between old and new. There are four openings in this object. The most striking of these is the large window in the back, whose total dimensions are 3 x 3 m with glass measuring 2 x 2 m. This back wall is angled forwards over the window parapet. Inside is a bench, facing the kitchen, and above this a space, behind the glass, where it is possible to sit. It is a tranquil area – it muffles sounds – a space in which to reflect. The narrow window in the side enhances contact with the outside. A third window in the shaft on the roof allows subtle daylight to enter the kitchen. In the fourth opening is a tapering door. The entire wooden extension could be described as an oversized, spatial and structural window frame that has been inserted into the original box. 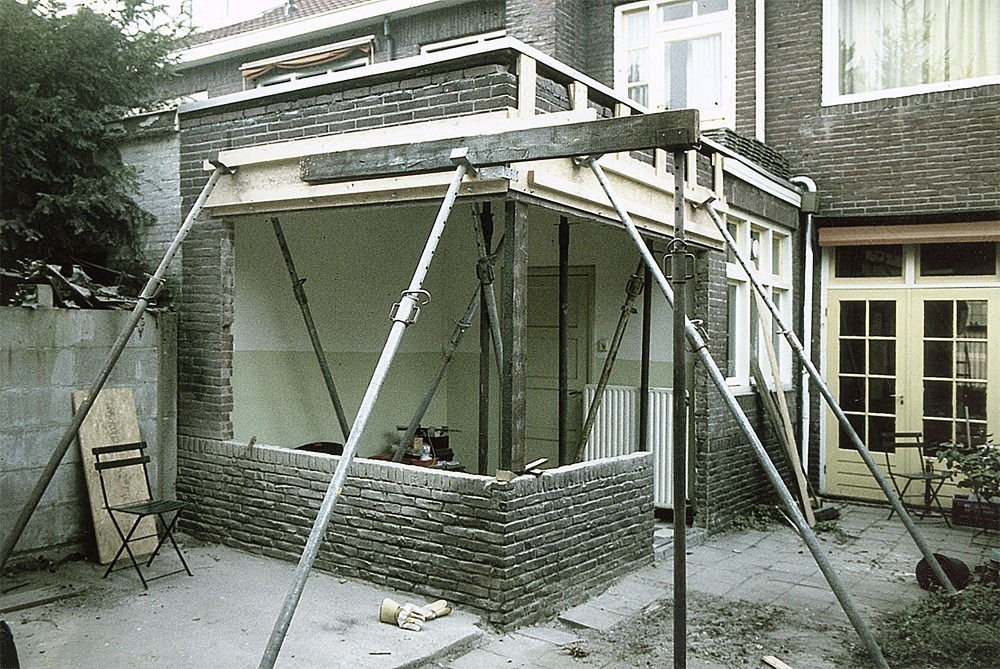 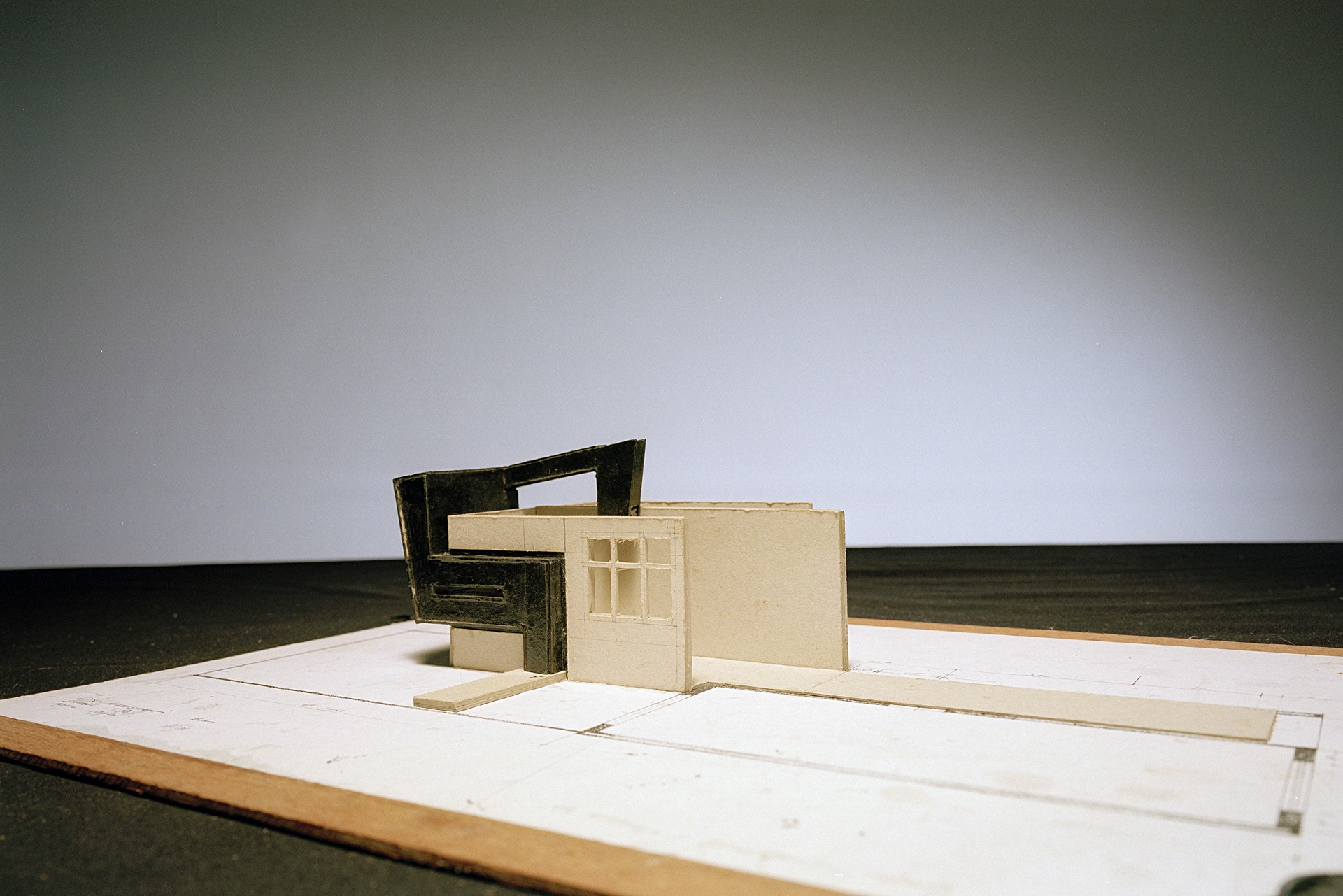 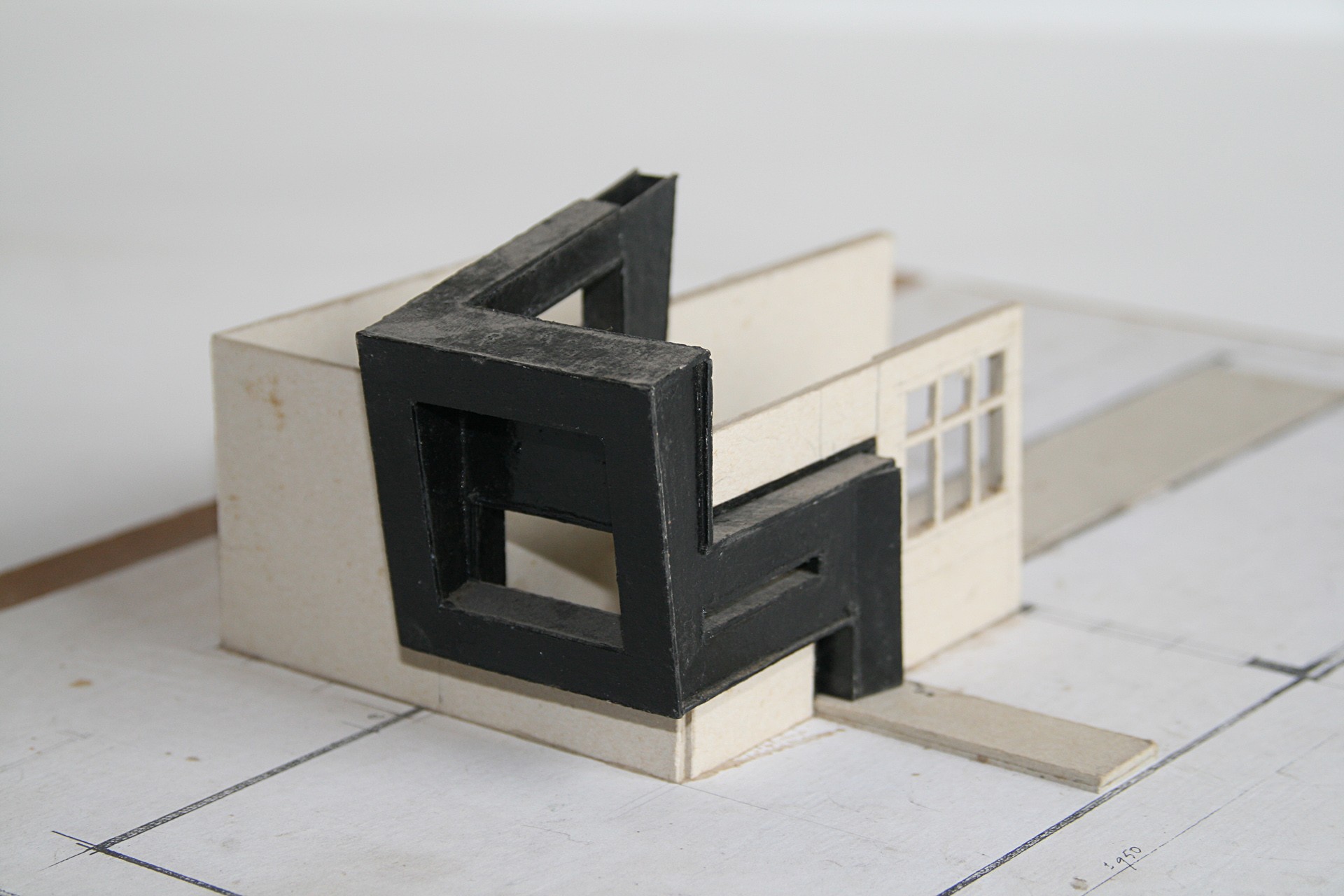 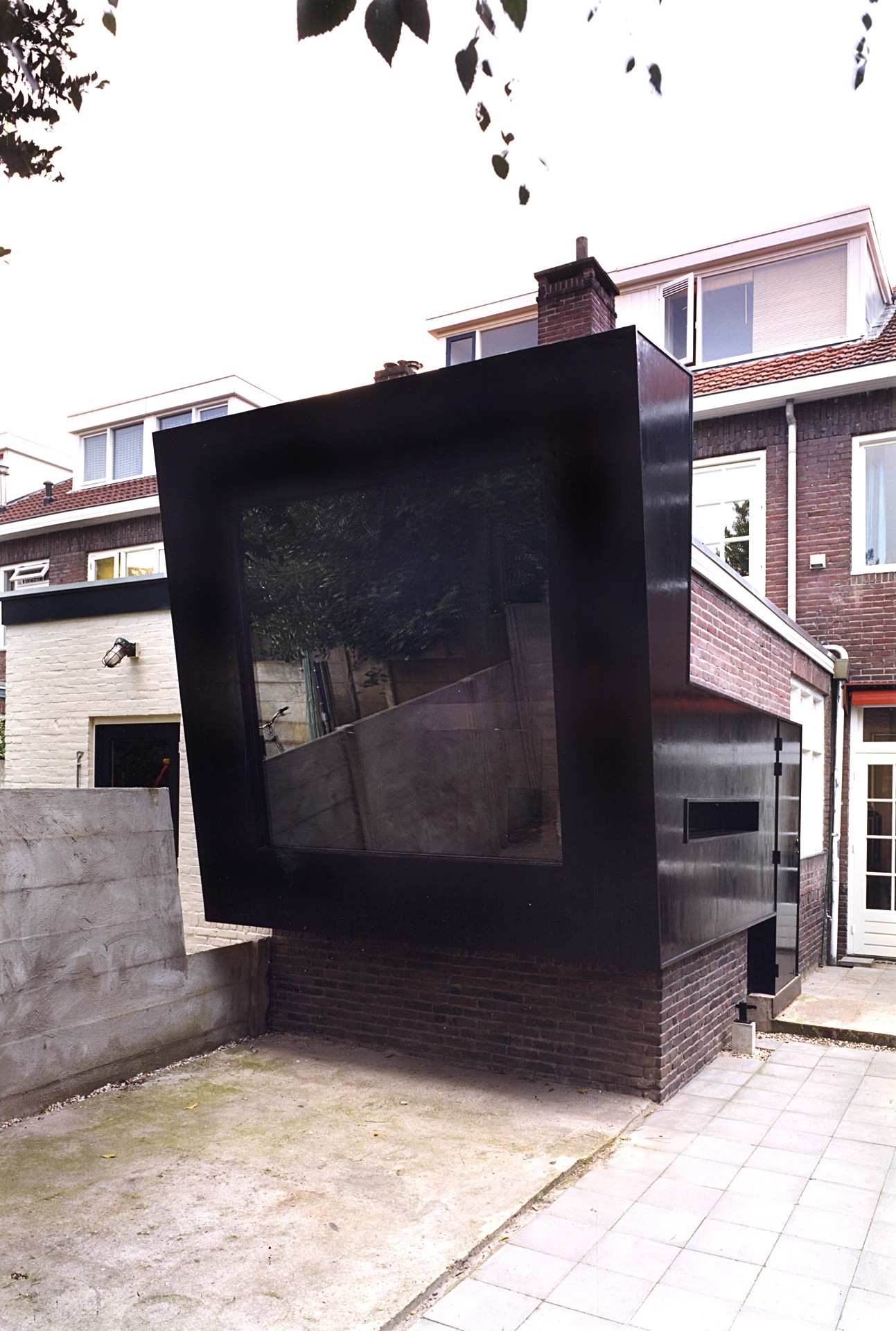 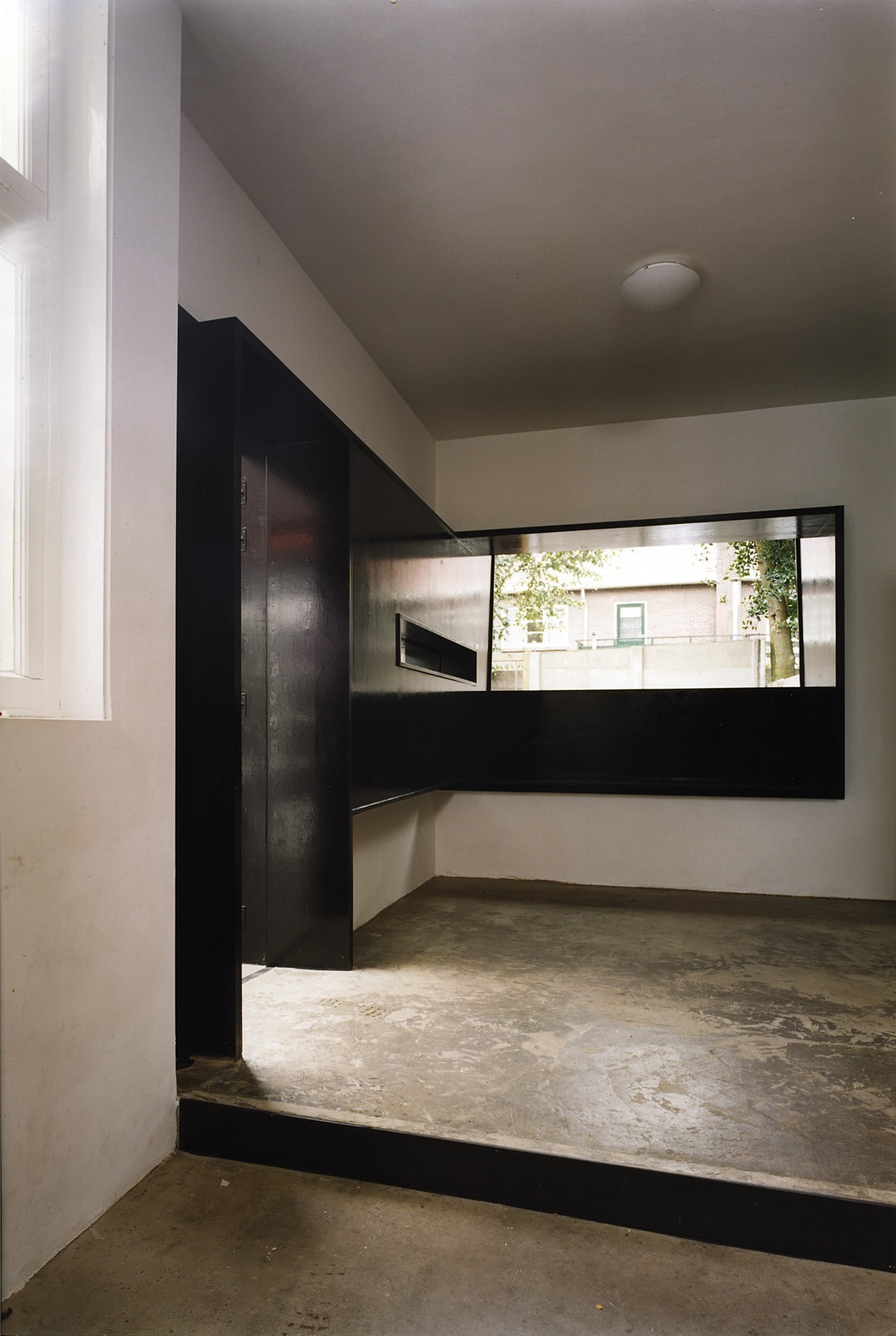