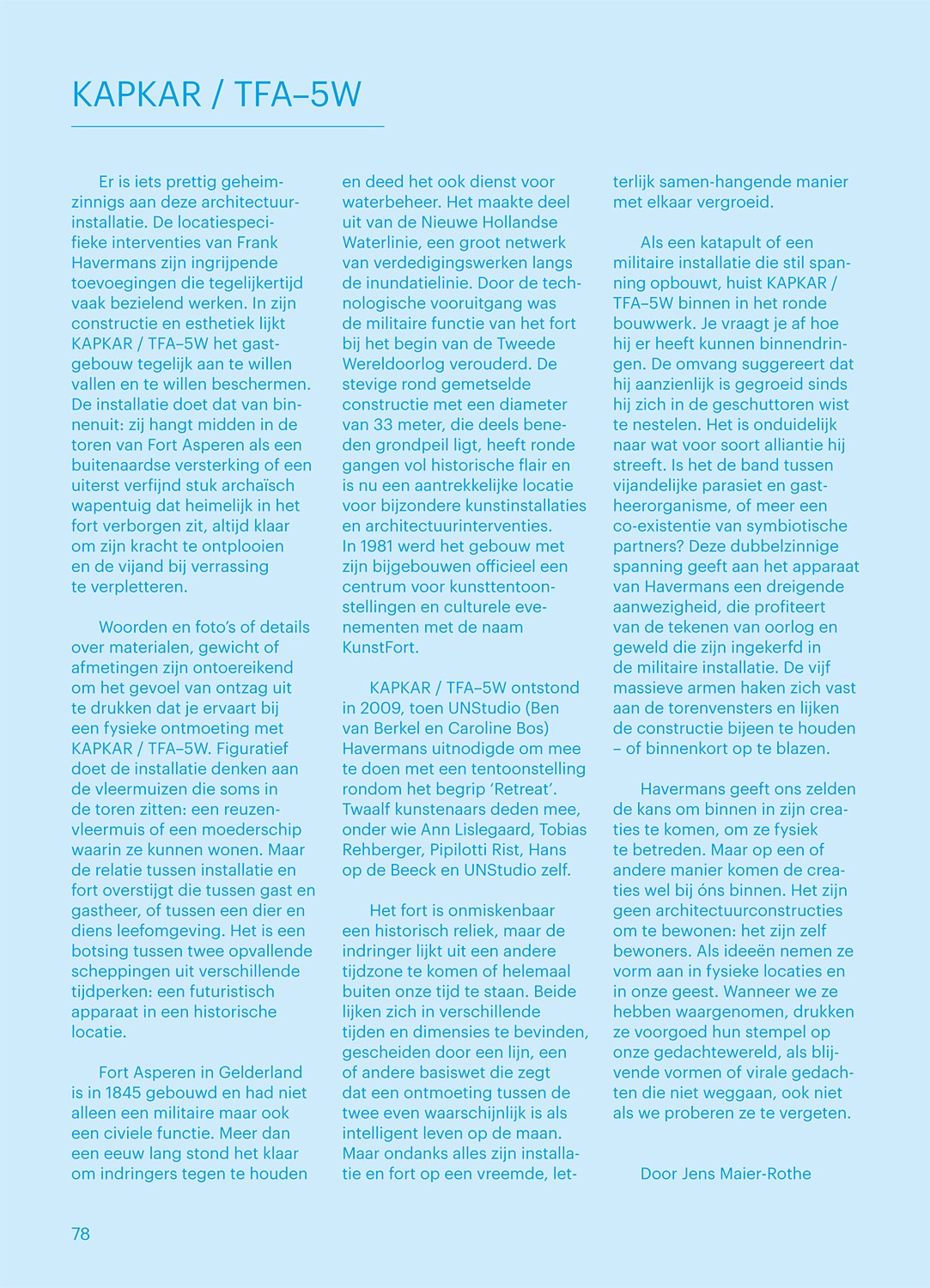 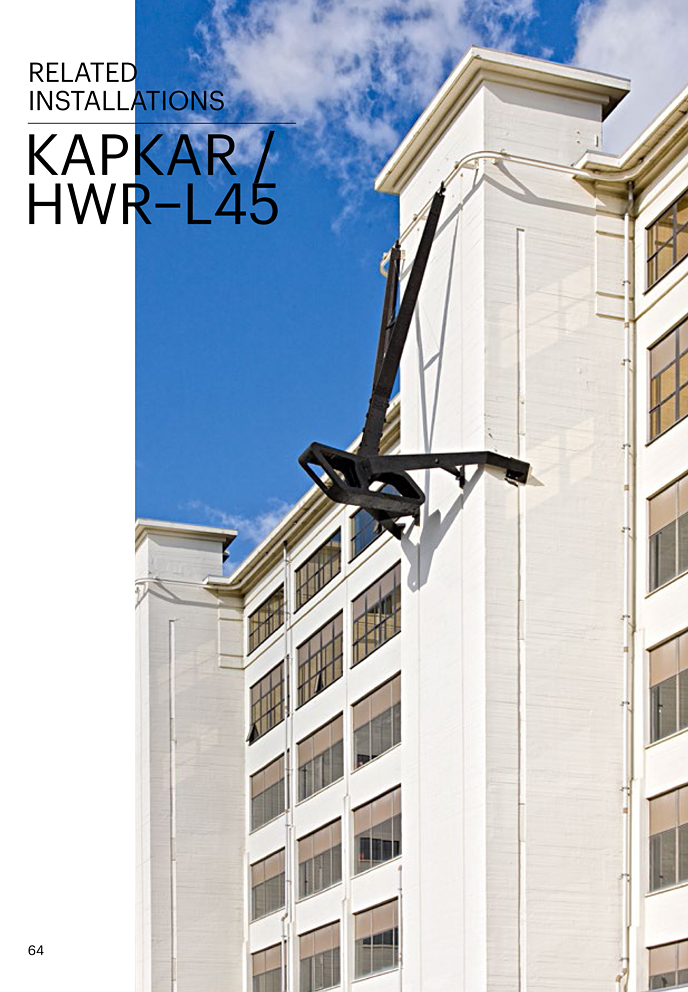 There is something pleasantly uncanny about this architectural installation. Frank Havermans’ site-specific interventions often befall buildings and animate them at the same time. Their structural and aesthetic aim appears to be to simultaneously attack and protect their hosts. The KAPKAR / TFA-5W does so from the inside, sitting at the center of the Fort Asperen tower like an alien reinforcement or a highly sophisticated piece of archaic weaponry, secretly hidden inside the stronghold, yet ever ready to reveal its power and crush the enemy in a moment of surprise.

Words and images cannot conjure the awe-inspiring impression of a physical encounter with the KAPKAR / TFA-5W, nor can details about its materials, weight or measurements. Its figurative presence evokes the bats who occasionally inhabit the tower, a giant species or their mother ship nest. Yet, the encounter is more than a normal one between guest and host, habitat and animal. It is a clash of two striking creatures from unlike eras: a futuristic apparatus housed by a historical site.

Fort Asperen was built in 1845 as a military and civil facility in the Southern Netherlands. For over a century it has served as bulwark against invaders and as structural base for flood management, forming part of a large network of moated defense towers seated along the inundation line. With the technological advancement of World War II the fort became obsolete. Its three-level, round and robust 33 meter diameter brickwork and partial subterranean construction, with winding corridors full of historical flair, have since become an attractive site for unusual art installations and architectural interventions. In 1981, the building and its annexes were officially turned into a center for art exhibitions and cultural events under the name KunstFort.

The KAPKAR / TFA-5W came into existence in 2009, when UNStudio (Ben van Berkel and Caroline Bos) invited Havermans to join an exhibition revolving around the notion of “Retreat”. The show introduced works by twelve artists, including Ann Lislegaard, Tobias Rehberger, Pipilotti Rist, Hans op de Beeck and UNStudio themselves.

While the fort is undeniably a relic from the past, the intruder seems to hail from a different time zone or someplace off the common clock. Both appear to be separated by a temporal and dimensional divide, some basic law that rates an encounter between the two as plausible as intelligent life on the moon. Yet, there they are, against all odds, in a strange state of co-suspension and coalescence.

Like a catapult or military machinery that silently accumulates tension, the KAPKAR / TFA-5W lodges inside the rotunda. One wonders how the intruder got here. Its size suggests that it has grown significantly since it began to besiege the heart of the gun tower. Its purpose is as unclear as the sort of alliance it seeks. Is it one between host and hostile parasite, or one between symbiotic companions? This ambiguous tension gives Havermans’ apparatus a threatening presence that lives off the spectres of war and violence inscribed into the armory itself. Its five massive arms hook themselves like grapnels onto the tower’s windows, as though holding the architecture together – or preparing to blast it to pieces.

Havermans rarely gives us the chance to be inside his creations, to physically enter them. Yet, somehow they always find their way to enter us. Rather than architectures to inhabit, they inhabit others. As ideas they take shape both in physical locations and inside our minds. Once seen they leave their imprint, like persistent forms or viral thoughts that do not go away even if we try to forget them.