The need for transitional spaces

In Heerlen, as well in the rest of the province of Limburg, most of the industrial heritage from the former mining industry aboveground was demolished with true Dutch efficiency, immediately after the mines were closed in the 1970s and 80s. This period only survives in pictorial material and in our collective memory. Just across the border, in Belgium and Germany, the aboveground heritage is still very much in evidence and is gradually being reassigned to form an active element of society. The difference in culture and attitude between these neighbouring countries couldn’t be more obvious. The Dutch government probably had good motives for making this clean sweep, but the consequences were disastrous. The speed with which all reminders of the mining industry vanished meant that Limburg was never able to say a proper farewell to its past, something that still is cause for trauma in the province.

In Heerlen, two buildings still remain as mementoes of its mining industry; an era of prosperity and population growth, but also of hard labour and solidarity among workers. The first is the small pithead building of the Oranje Nassau 1 mine, which has been renovated and now serves as a mining museum. It is packed with endearing relics from the mining era and is run by volunteers who are, to all intents and purposes, still working more than 40 years after the place closed. It’s a chapel dedicated to the mining era, a meeting place where moments of grief alternate with moments of joy. 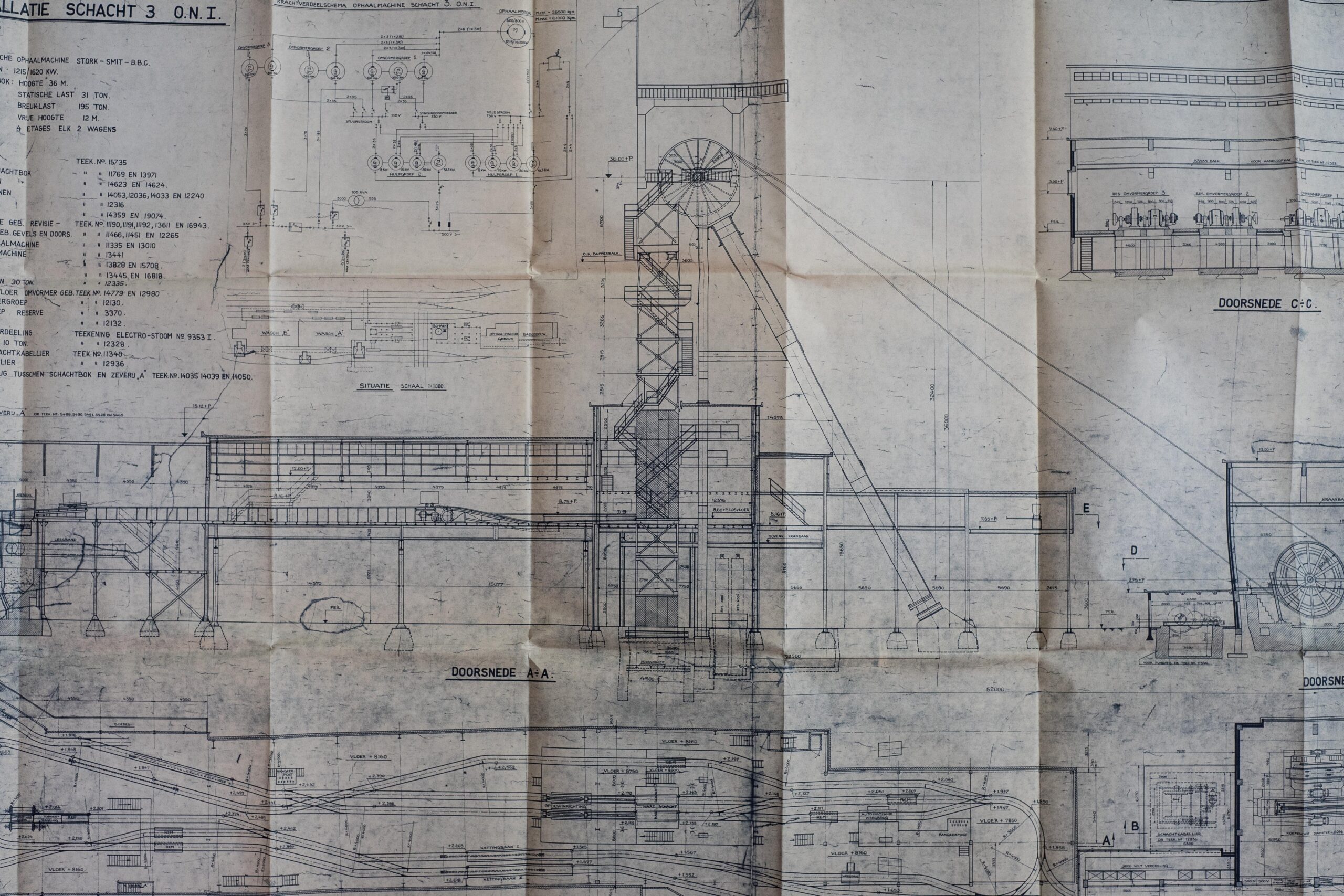 The second building is the Glaspaleis (Glass Palace) in the centre of Heerlen, which is home to Schunck* and other cultural organisations. It was built in the 1930s, during the heyday of the mining industry, as a modern department store designed to cater to increasing prosperity and the more generous spending patterns of a growing population.

But now, with the population shrinking and the city struggling with its identity and physical condition, the Glaspaleis has undergone extensive renovations and has been reinstated as a centrepiece of society – unlike the mining museum. The latter is a contemporary, active monument that functions as a positive multicultural catalyst for the city. Despite their shared history, the contrast between the two buildings could not be greater. 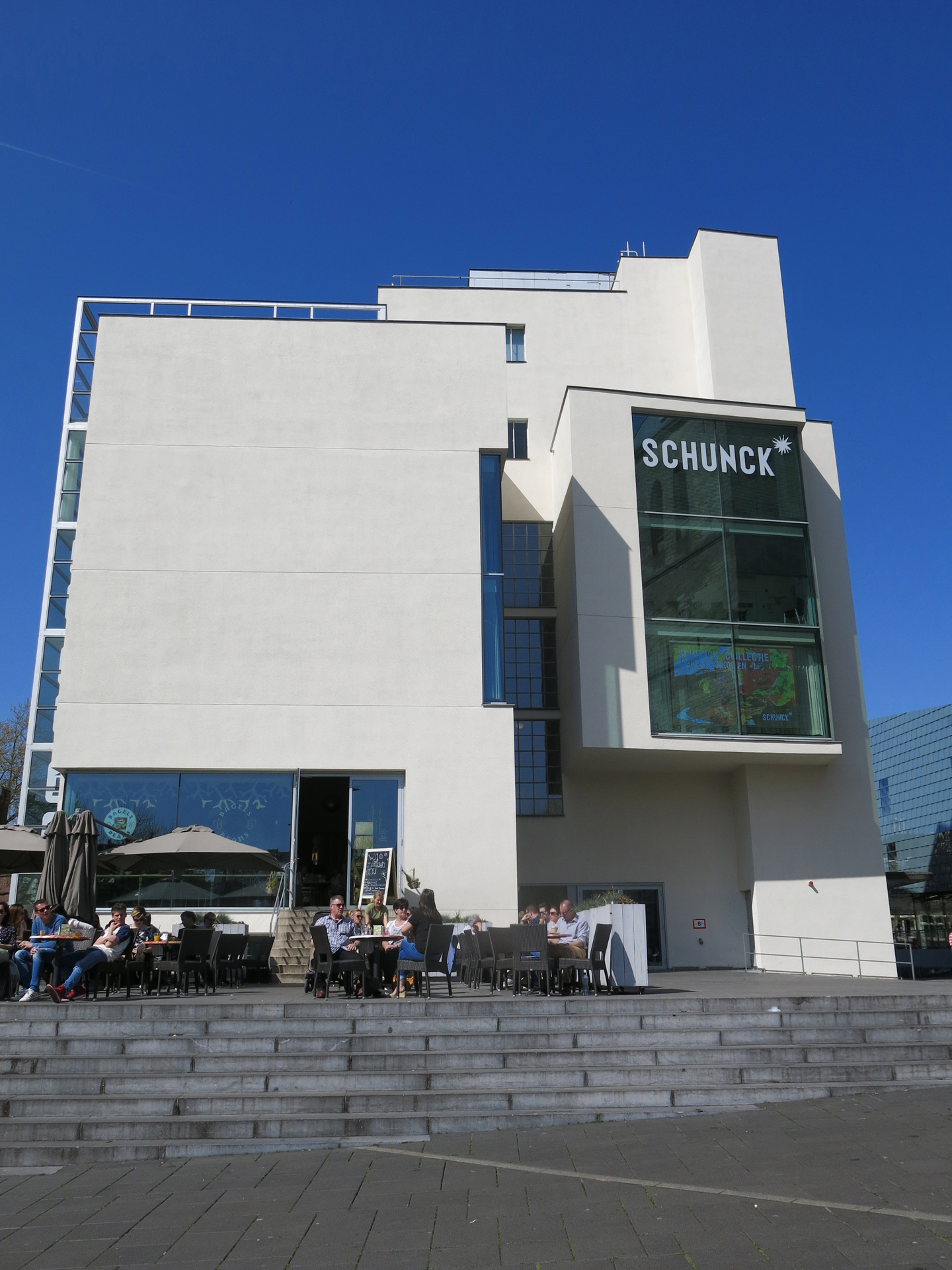 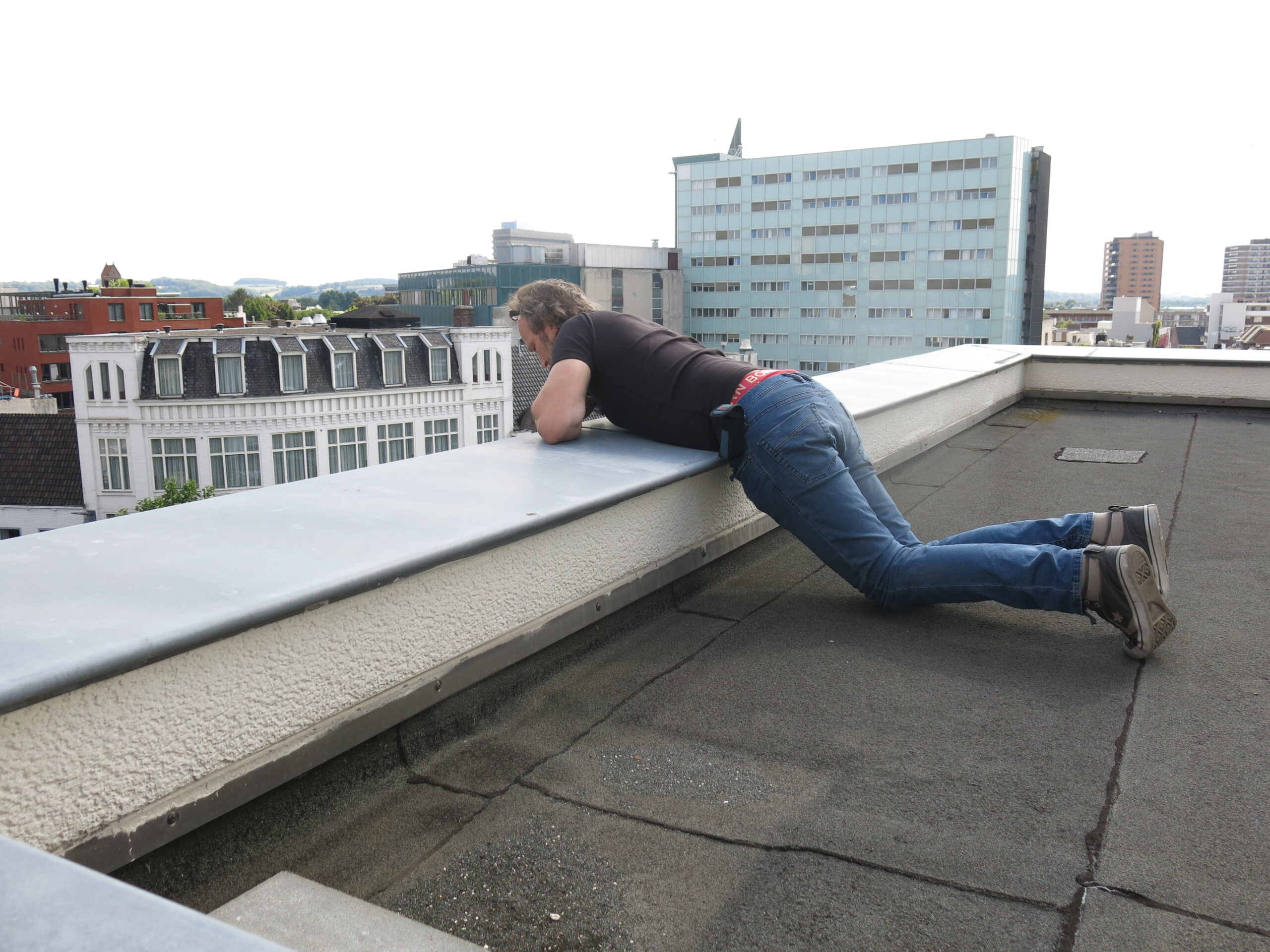 The disappearance of the raw industrial past has left a gaping hole in Heerlen’s identity. To face its future square on, a city needs a past. To take away the past is to deny the future. For this very reason, the design of installation KAPKAR/ ZM-S*B3-JH was based on the functionalist industrial architecture of the Oranje Nassau 1 mine.

A very conscious decision was made to add this industrial installation to the squeaky-clean southern façade of the Glaspaleis, on the bustling Pancratiusplein. The smooth white façade is like a blank sheet in the city centre, as if the architect wanted to leave room for future completion.

The core of the installation consists of a transformed version of pithead frame 3. The installation’s long arms grasp the building, clinging on to it, embracing it. It tries to latch onto the impenetrable monument, defiantly attaching itself to something that was already considered complete. In the same way as modern society looks for a foothold in the past but continues to innovate, the construction redefines its host by attaching an unknown quantity to this iconic phenomenon. Its alien appearance is quite disturbing, and it uses this status to question its surroundings.

Nobody knows precisely what it is. Does it signify a commitment to the past or a leap into the future? Is it a machine, a robot, a transformer? Is it a parasite or is it living in symbiosis with its host? This installation, a brief interlude in the ongoing history of the city, invites us to adopt a more provocative approach to urban stratification.