City planners carried out three ‘surveys’ of the future development of the grounds of ‘De Schelde’ (‘The Scheldt’, a former shipyard in the centre of Flushing). In the guest studio of the art centre De Willem 3, artist Frank Havermans worked for seven weeks on his own characteristic vision, under the name of ‘The Fourth Survey’.

‘What I like about the area is that it presents a compelling perspective for the future. All options are still open. That’s what attracts me, being fascinated with urban developments as I am’, says Havermans, who has made plans for imaginary cities before. The artist, from the village of Heeswijk in the Dutch province of Brabant, wanted to confront the established city planners’ view with his own survey.

supported by: the province Zeeland 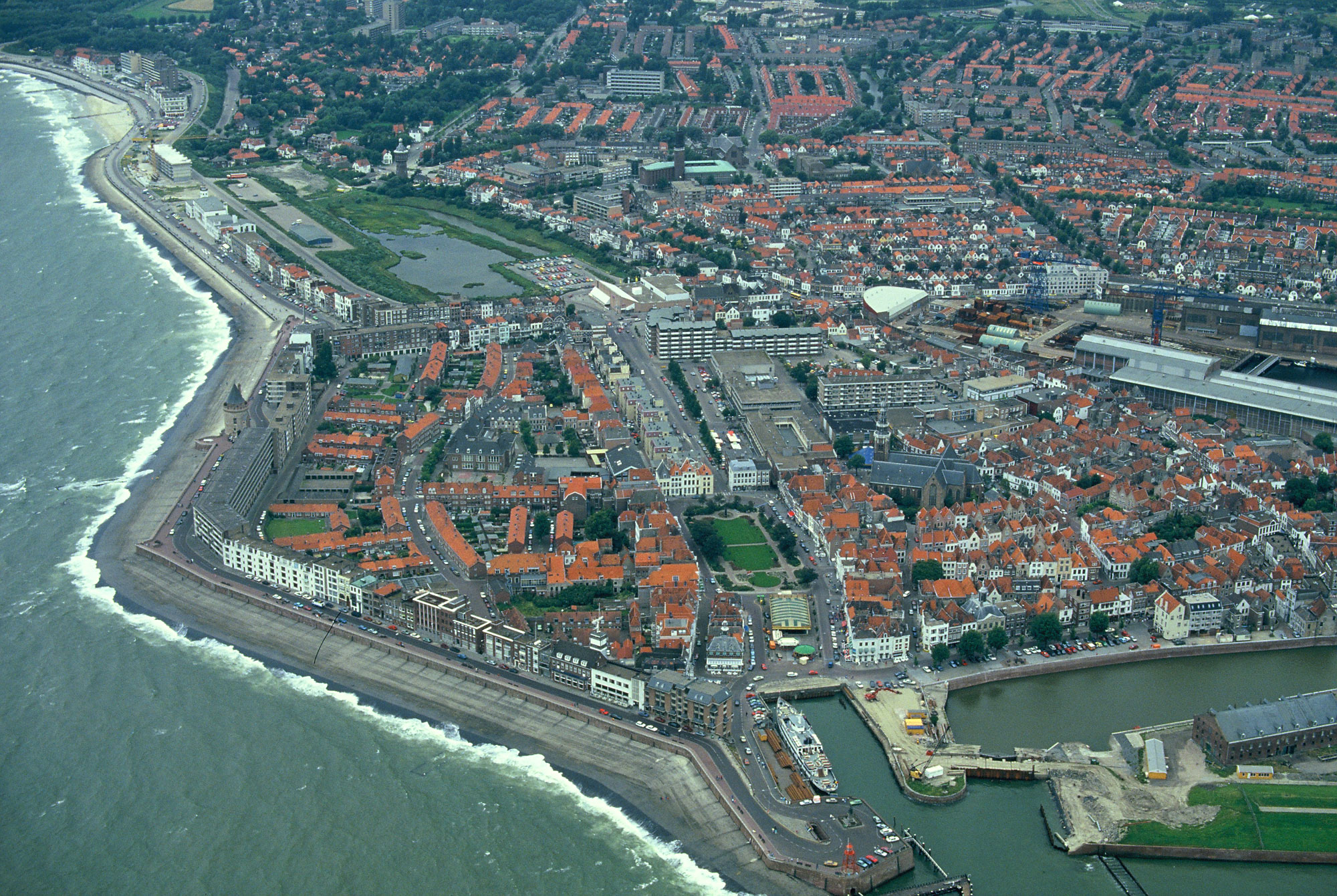 ‘In themselves, there’s not much wrong with these plans, but the problem is that they are so ambitious, while in the end very little remains of their ambitions. Their blueprints are too detailed as well. It is as if the city is already finished; the residents can move in. I think it’s a pity.’ It is not realistic either, Havermans thinks. ‘It’s fascinating to see that cities seem to develop without the planners having anything to do with it. They have their own dynamics, they go their own way, more or less. You can make plans, but after thirty, forty years your plans are written off and they just disappear.’

Last year he participated in the manifestation Mijn Domein (My Domain) in the heavy sheet metal workshop on the grounds of De Schelde. He created an architectural installation, which could only be entered through a small fire door which Havermans had discovered in the factory wall and which had been hidden and welded shut for decades. The door opens out onto the Vrouwestraat, a street in the centre of Flushing. ‘In this way you become aware of an urban situation: the factory bordering on the inner city.

These are entirely different worlds which I wanted to bring face to face. In that sense, the installation is an image about urban planning.’ And so is Havermans’ new installation in De Willem 3, with the grounds of De Schelde as a subject. ‘I wanted to know what would be possible if you get rid of all restrictions, including gravity.’ He created characteristic urban forms in wood, choosing water as an important element, with the Walcheren Canal as a special source of inspiration. ‘Middelburg and Flushing are completely different cities, connected by the canal as if by an umbilical cord.’

Havermans suspended the elements in space with tring. ‘Because everything is floating, the plan becomes more airy, more spacious. That’s what should happen in reality: keep spaces open in the plans and just sow grass there. Once there is a real need for them, you can still fill them in. In that way you create a kind of growth model. It’s a lot better than filling everything in with unwanted, unoccupied buildings.’ The installation is the start of a long-term project. ‘I’d like to do this in other cities as well. Each time you can compose a new city. I’d like to do that all over the world.’

The installation’s construction is ingenious. ‘It has to look complicated, but it should not be chaotic. There is order, it does have a meaning.’ That meaning, according to Havermans, does not necessarily have to be the same to everybody.

‘The piece has become much more autonomous than I had expected. It’s fine with me if people have different thoughts about it. That kind of space should be allowed. If you shut out all other interpretations, you’re acting in the same way as these city planners.’