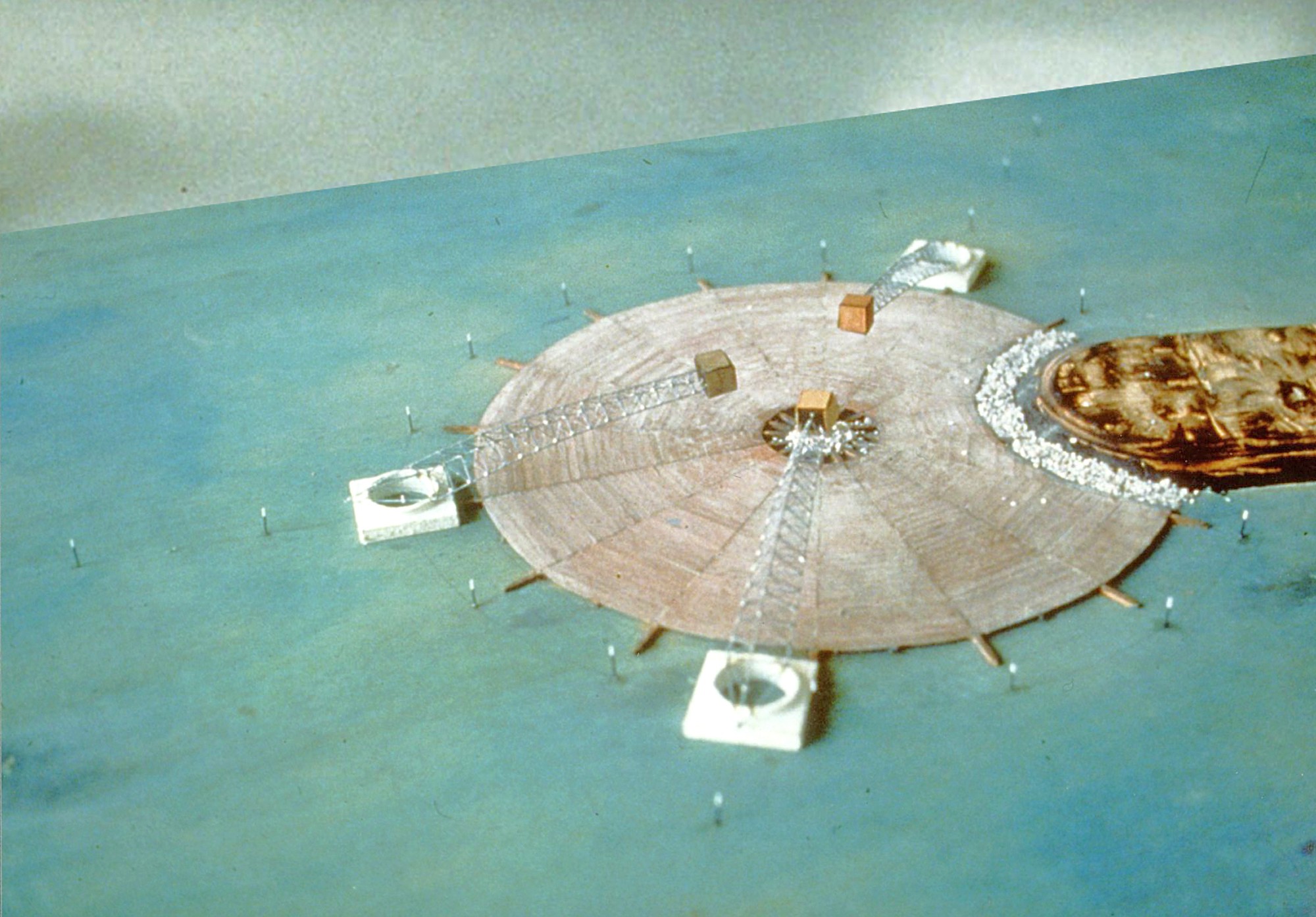 Listen, watch and be silent

I decided to make three architectural interventions that optimize the silence for these historically turbulent spots where nature has remained intact. 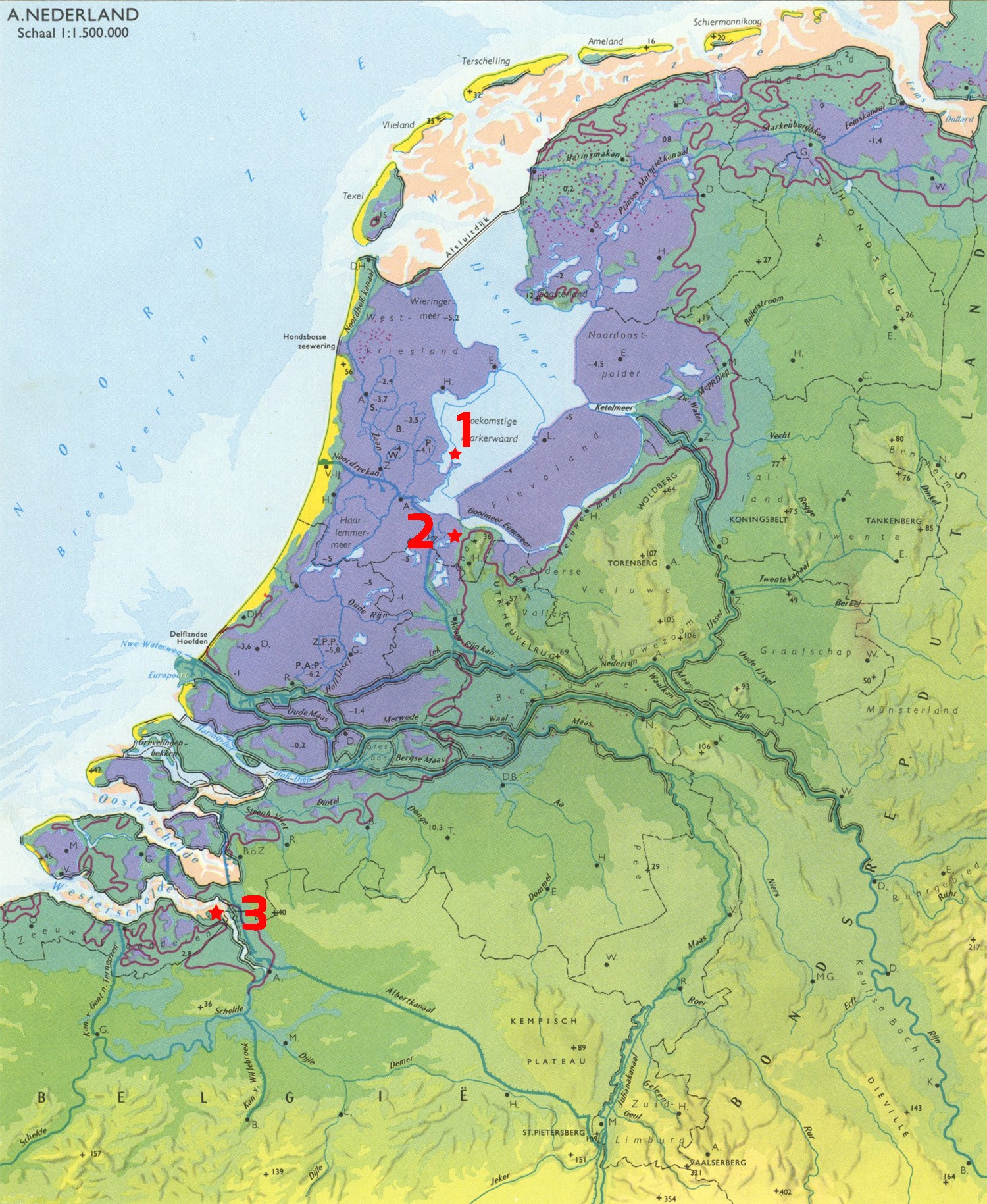 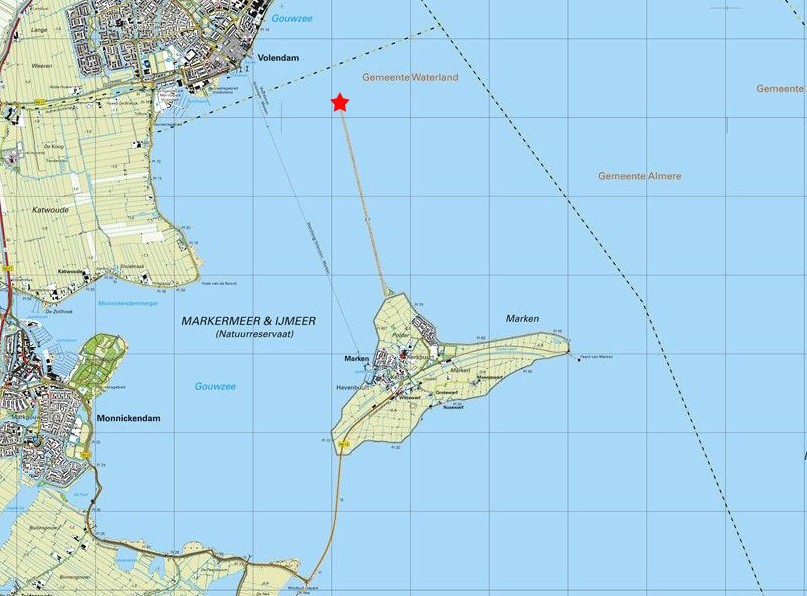 The design at the end of the dike to the north of Marken visualises the longterm discussion between different parties about whether or not to impolder the Markerwaard. The boxes make noise due to the movement of wooden panels in the wind and thus have a constant conversation. The directions in which the objects are located is derived from the geographic locations of the three discussion parties. The round scaffolding is thus the compass.

The first party was the urban area of ​​Amsterdam for which the Markerwaard was to serve as an extension.

The second party was the government, whose creator was Lely, whose statue is on the Afsluitdijk.

The third party was a minority of nature lovers and fishermen whose fishing grounds would disappear. The fishing village of Urk is a model for such a minority.

The boxes have the same shape but a different voice due to the use of three different types of wood. The large round jetty can be used to moor or to walk up from the dike and stay and listen to different wooden voices. 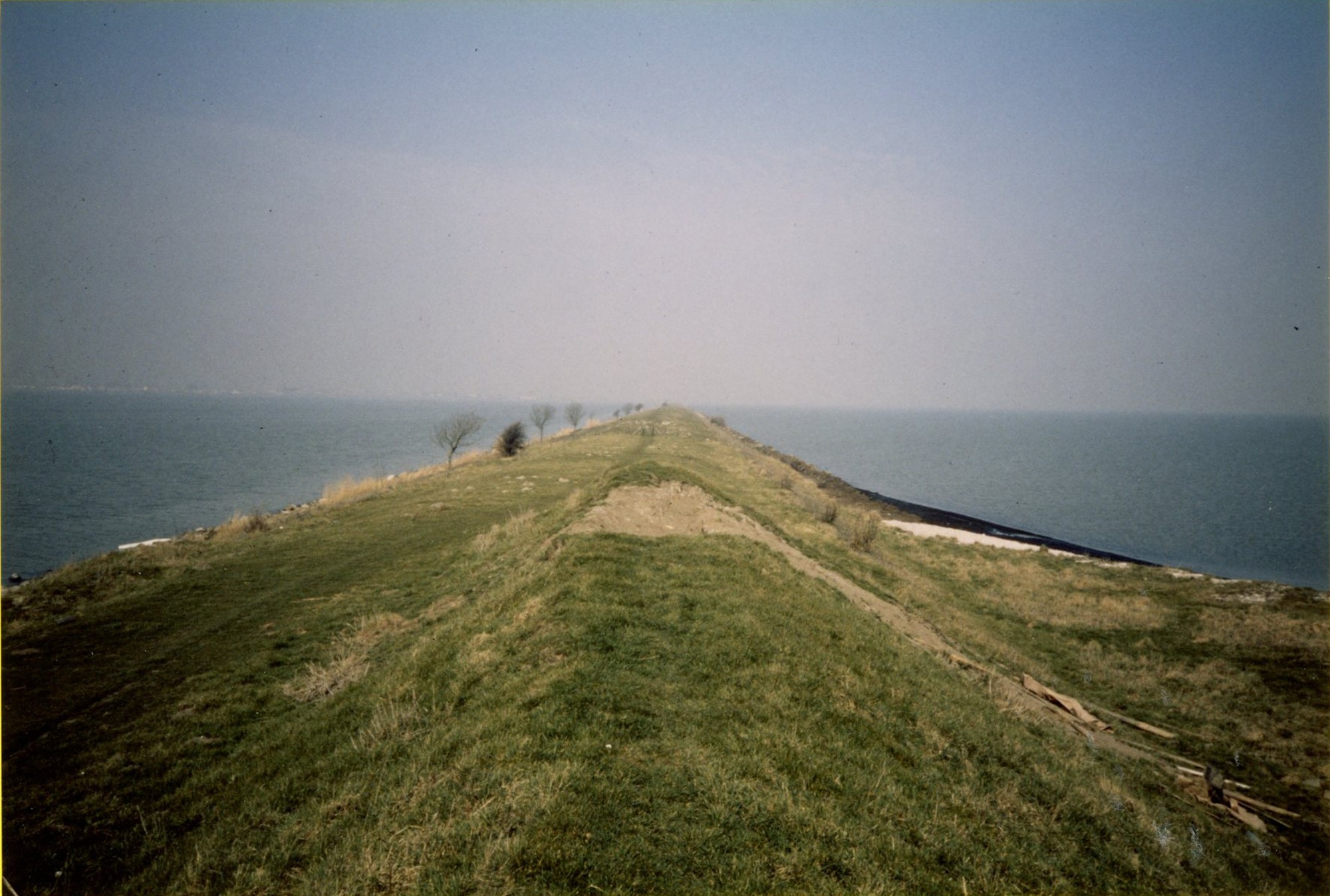 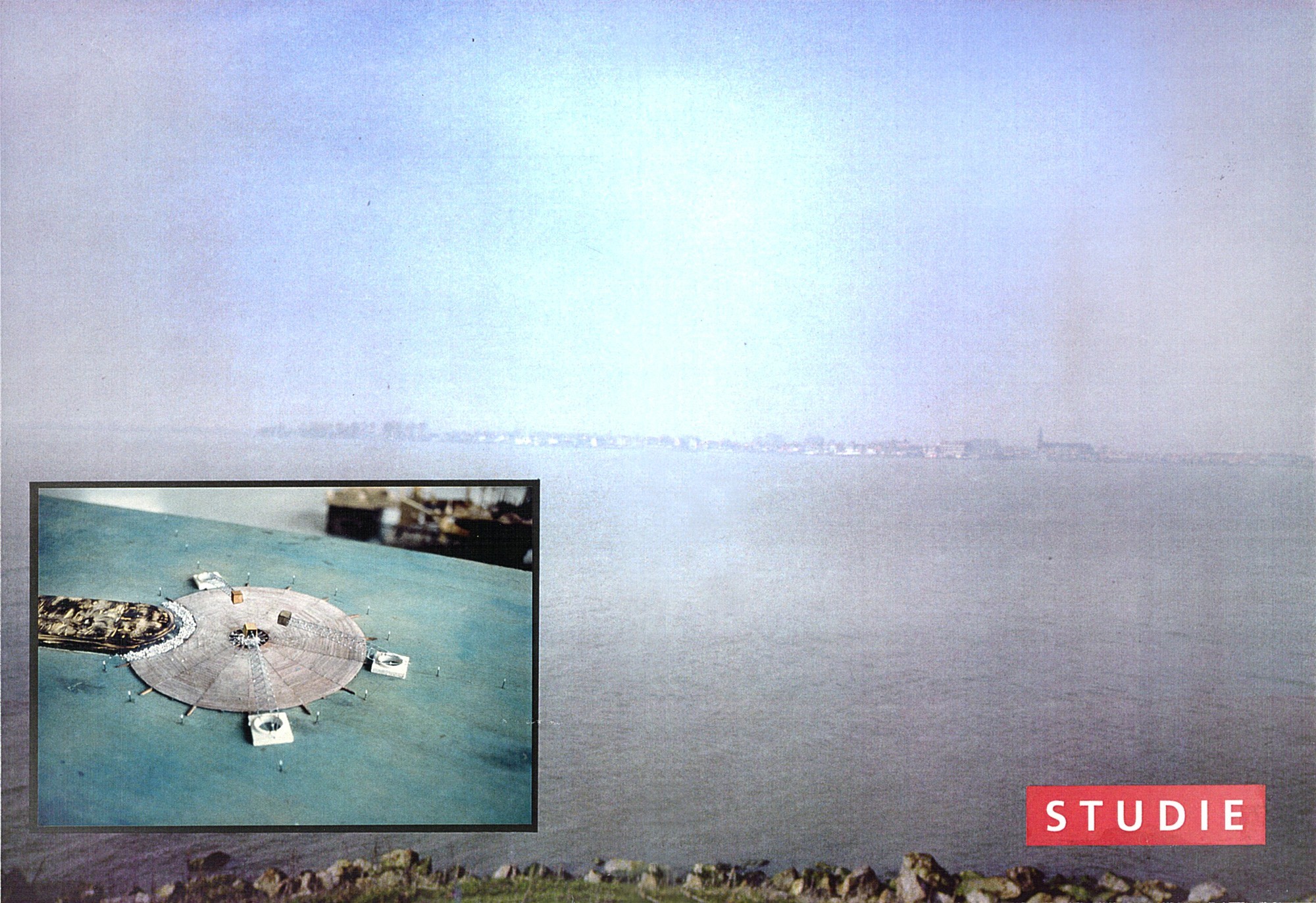 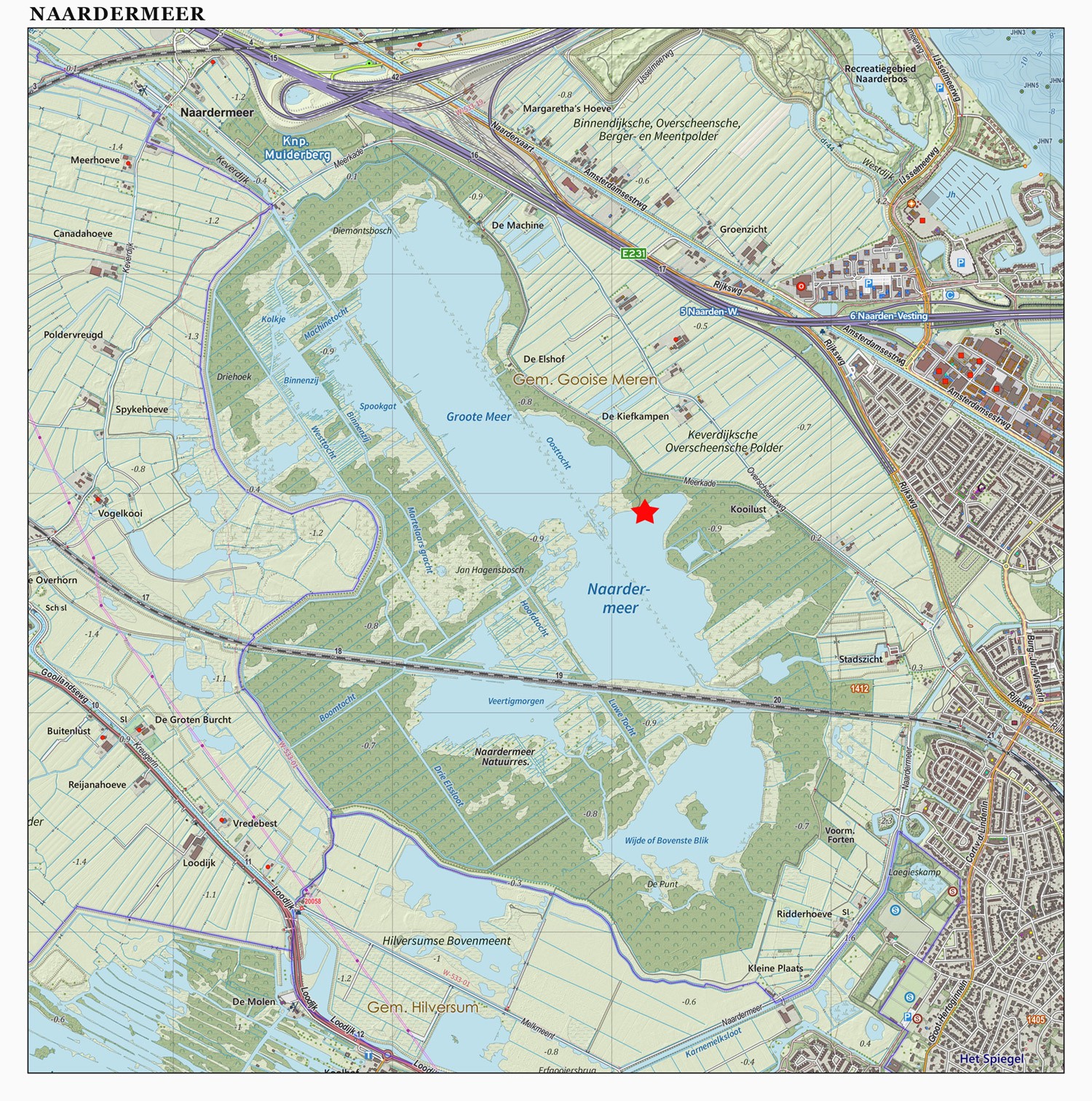 The design is an auditory object at a location in the Naardermeer where the contrast between silence and sound is very strong. It is located on the line between the two urban areas and also the old fortified towns of Naarden and Weesp, and in the middle of two noise sources: the A1 motorway and the railway that runs right through the Naardermeer.

The scaffolding of the object is in the same direction as the old allotment. Walking on the lower dike along the Naardermeer you will be distracted from the dike to decide to walk over the Naardermeer via the jetty or. not. In fact, just like the train traveler, you don’t really get to the area, but you stay above it. If you decide to go over the jetty, a swamp forest will follow, after which the object is entered.

In the object the view is obscured and listening through the auditory oars becomes the most important perception. By directing the horns, sounds can be amplified, such as various birdsong, mammals and the highway. Exciting is the after-effect of the sound of the train that rushes past once every fifteen minutes. As this sound fades away, the silence grows stronger to finally take possession of you. 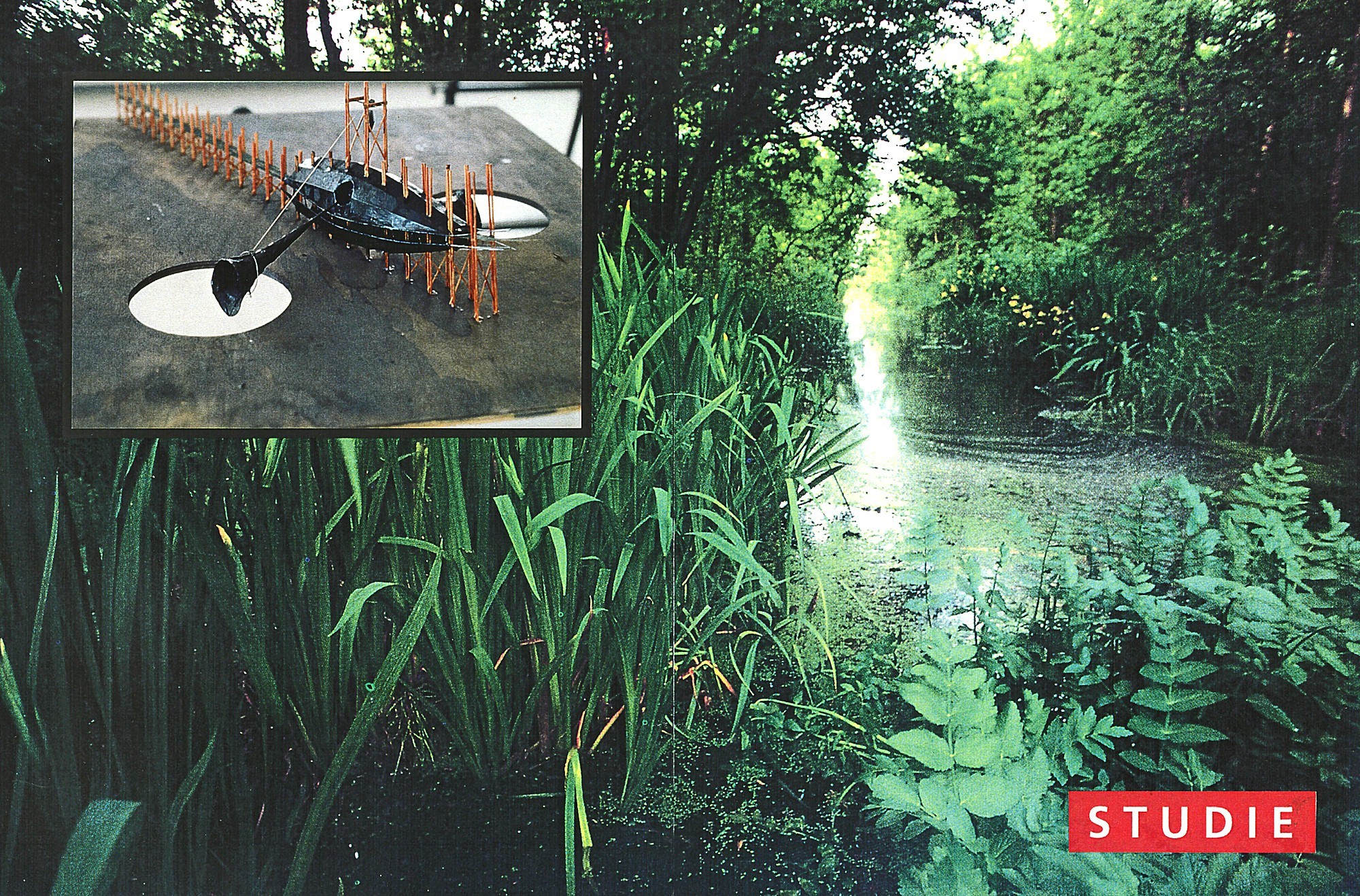 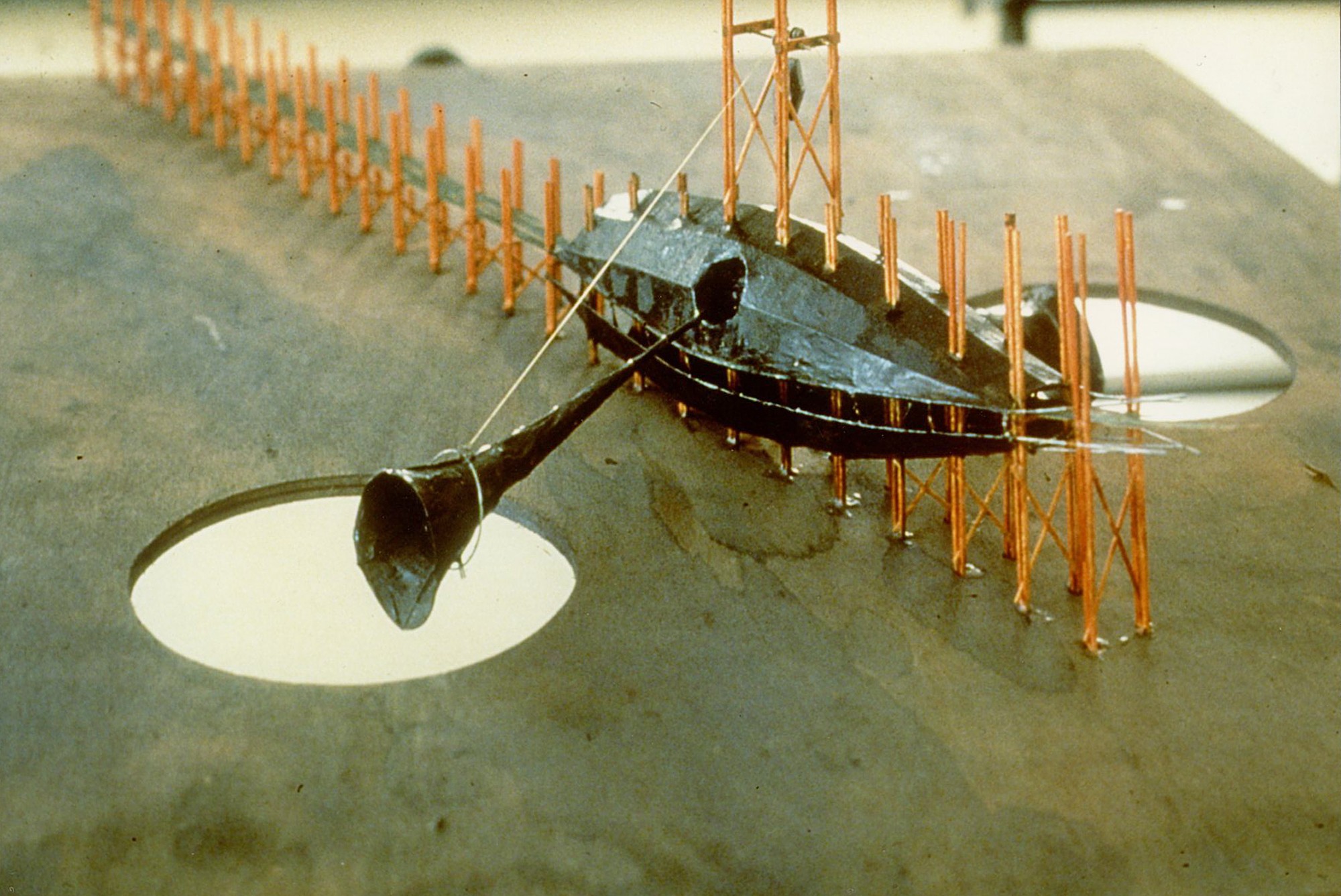 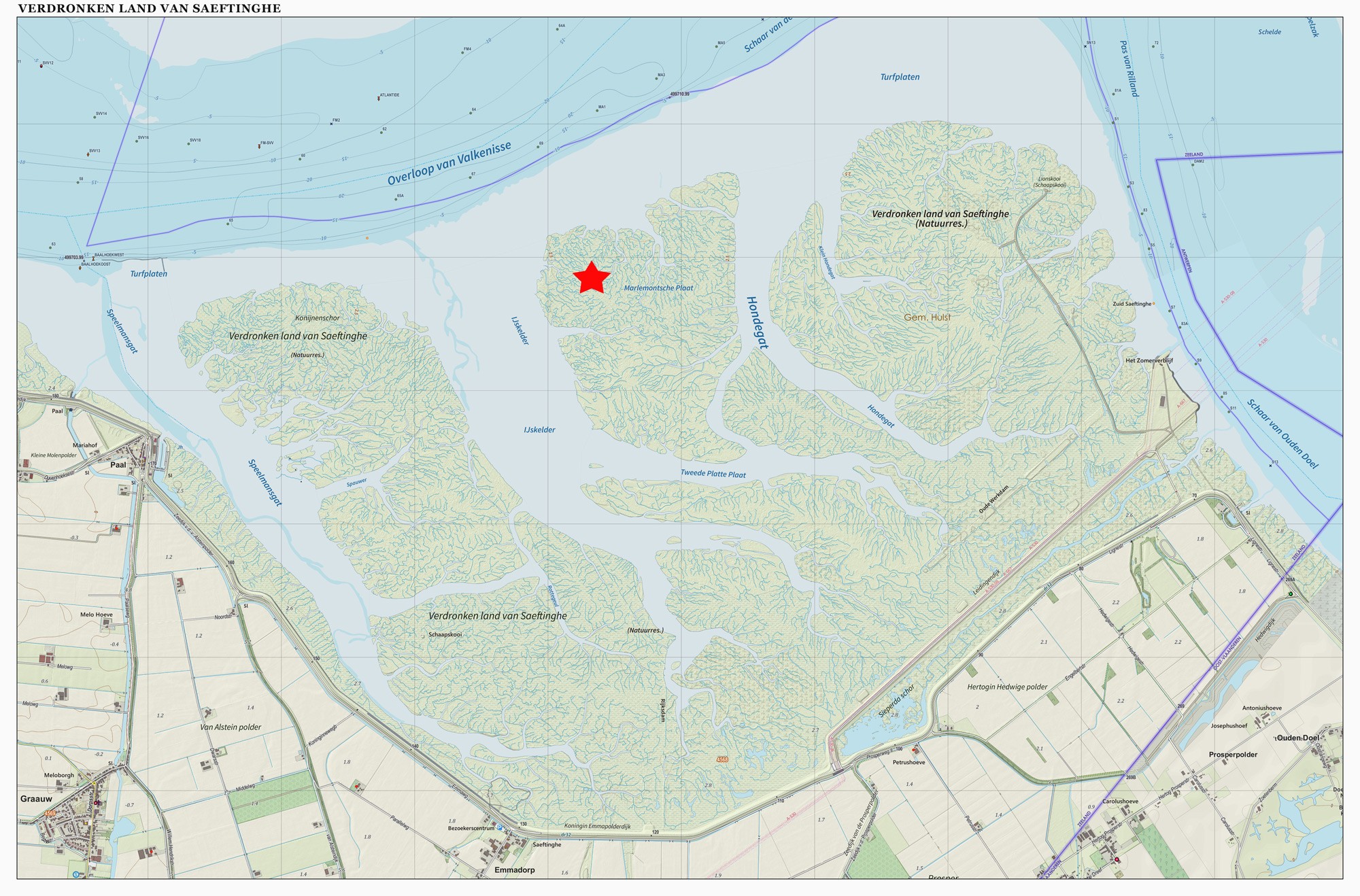 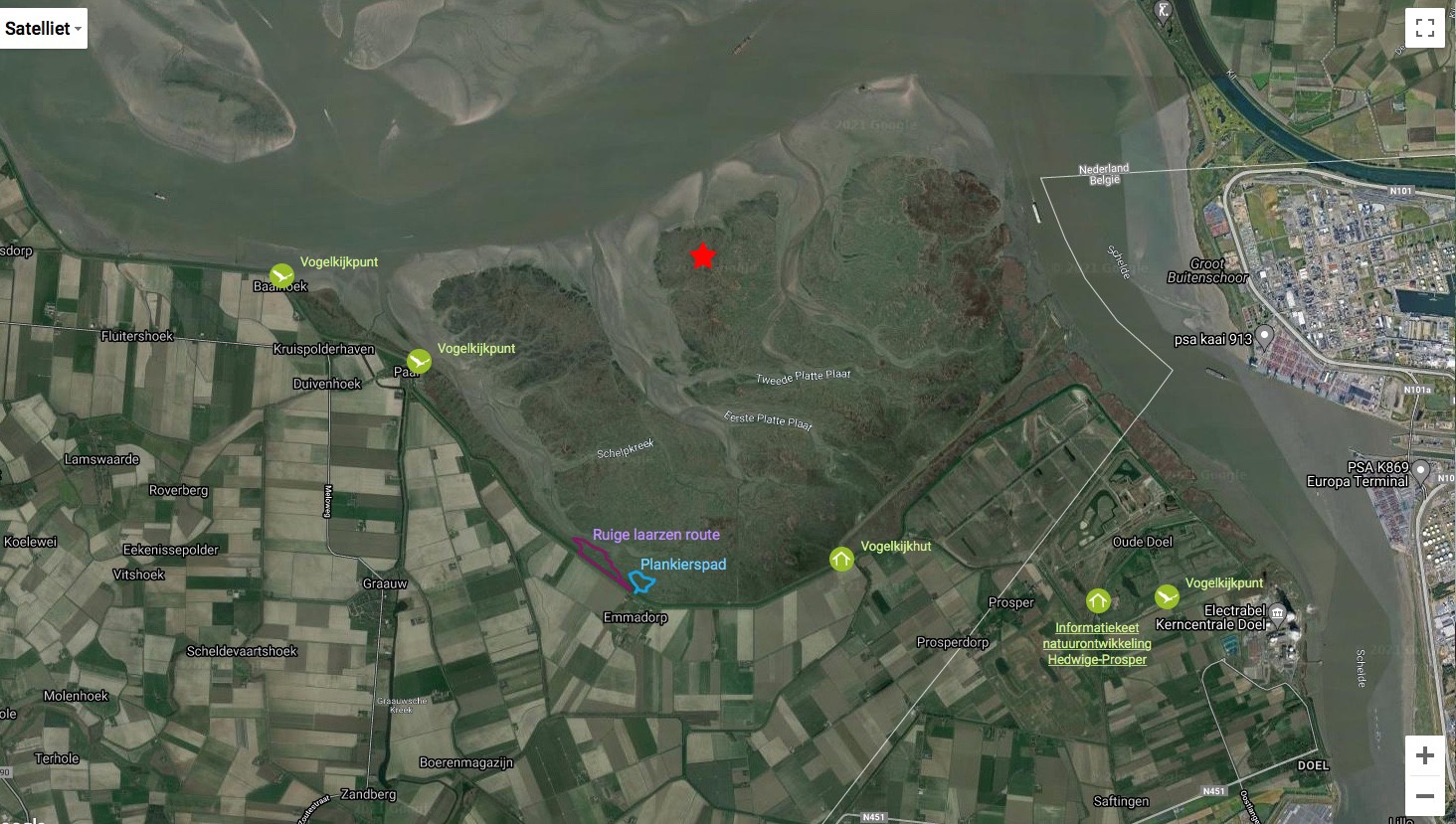 The design is an architectural dyke analysis of the nature reserve with the human danger in the form of the Doel nuclear power plant and the underlying petrochemical port area of Antwerp, which actually pose a threat to the unique nature reserve.

The analysis is located on the site of the former 17th century Sint Anna fort, on the edge of the salt marsh area, at right angles to the line of sight to the Doel nuclear power station.

Its features are: A symbolic monument of protection against the industrial danger and protection for walkers who are too late to return during the rapidly rising flood. They can wait in the house behind the wall of protection until the tide is out again.

The nuclear power plant is not visible in the house, but the power plant emerges again through the hole in the wall. The long walkway quotes the dike on which you can walk back and forth. 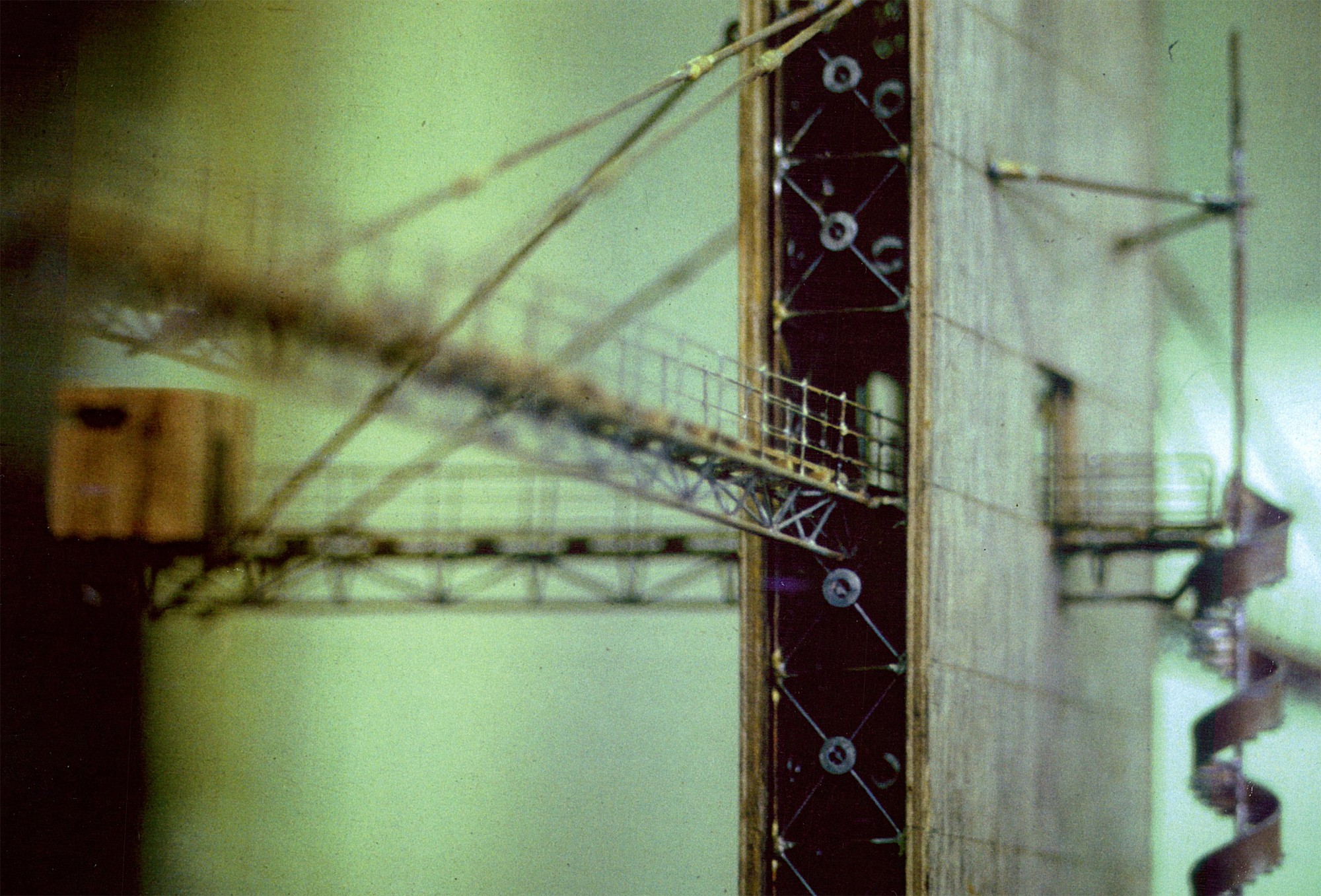 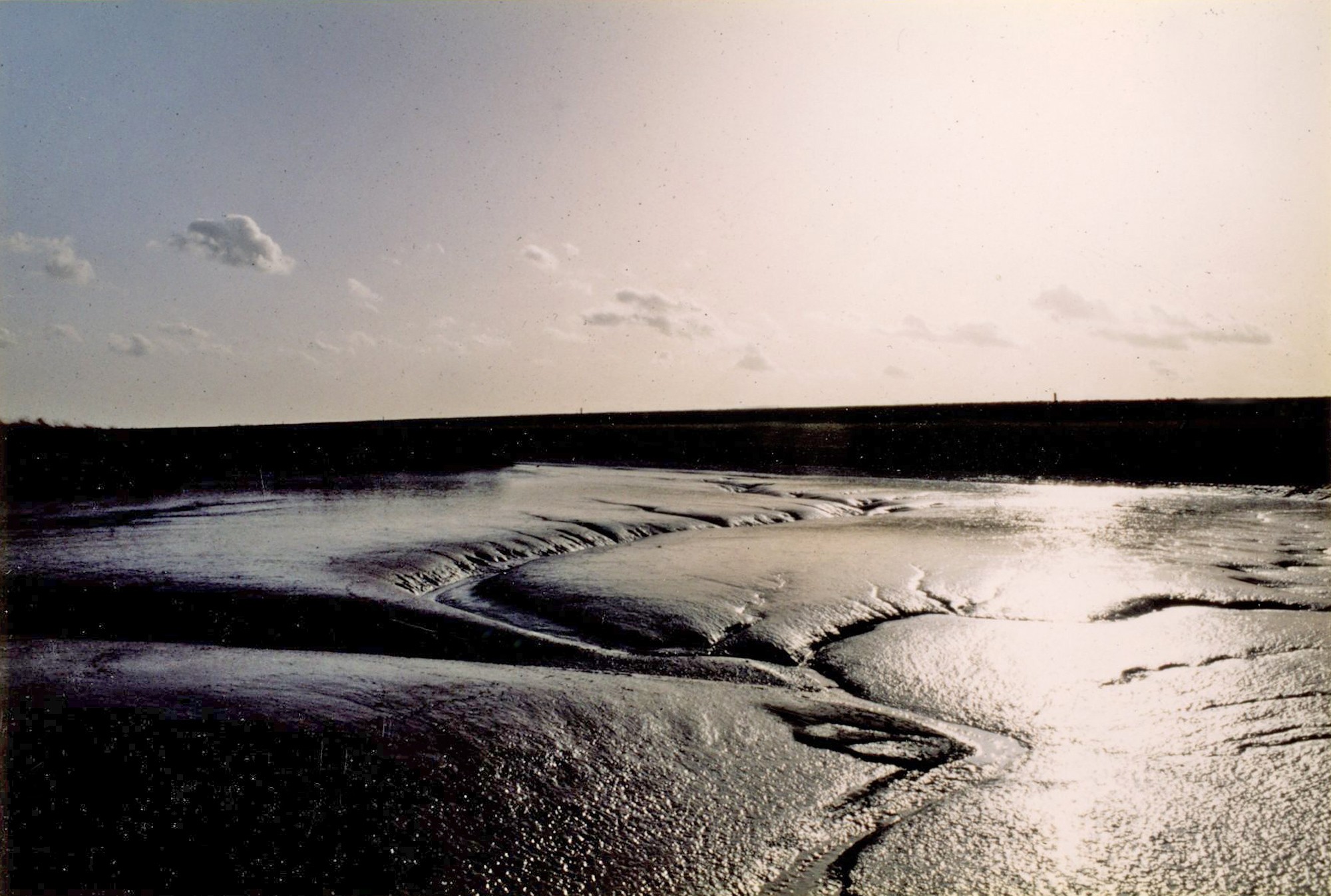 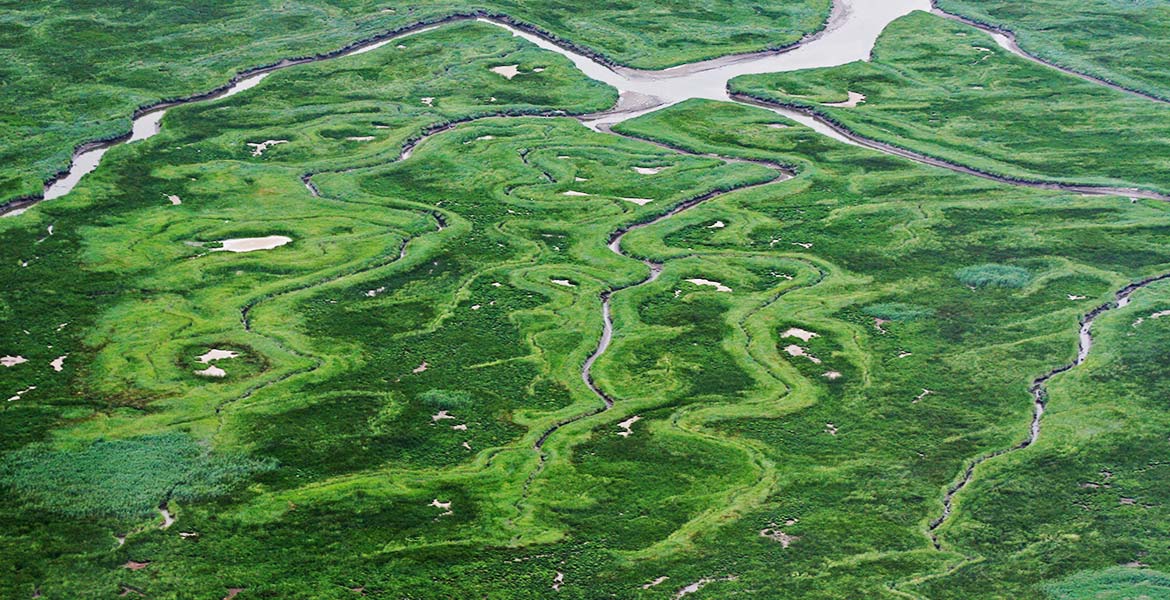 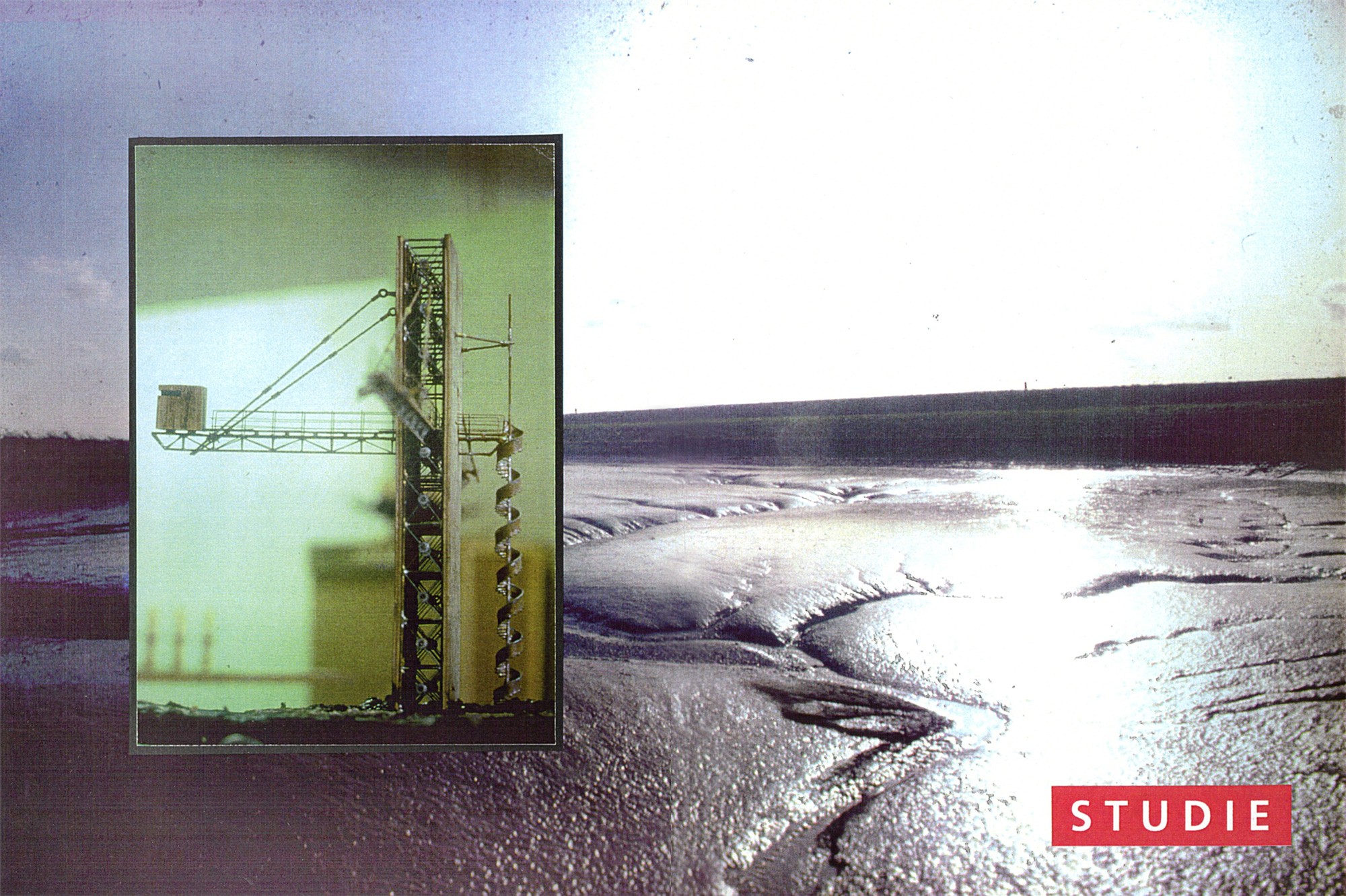 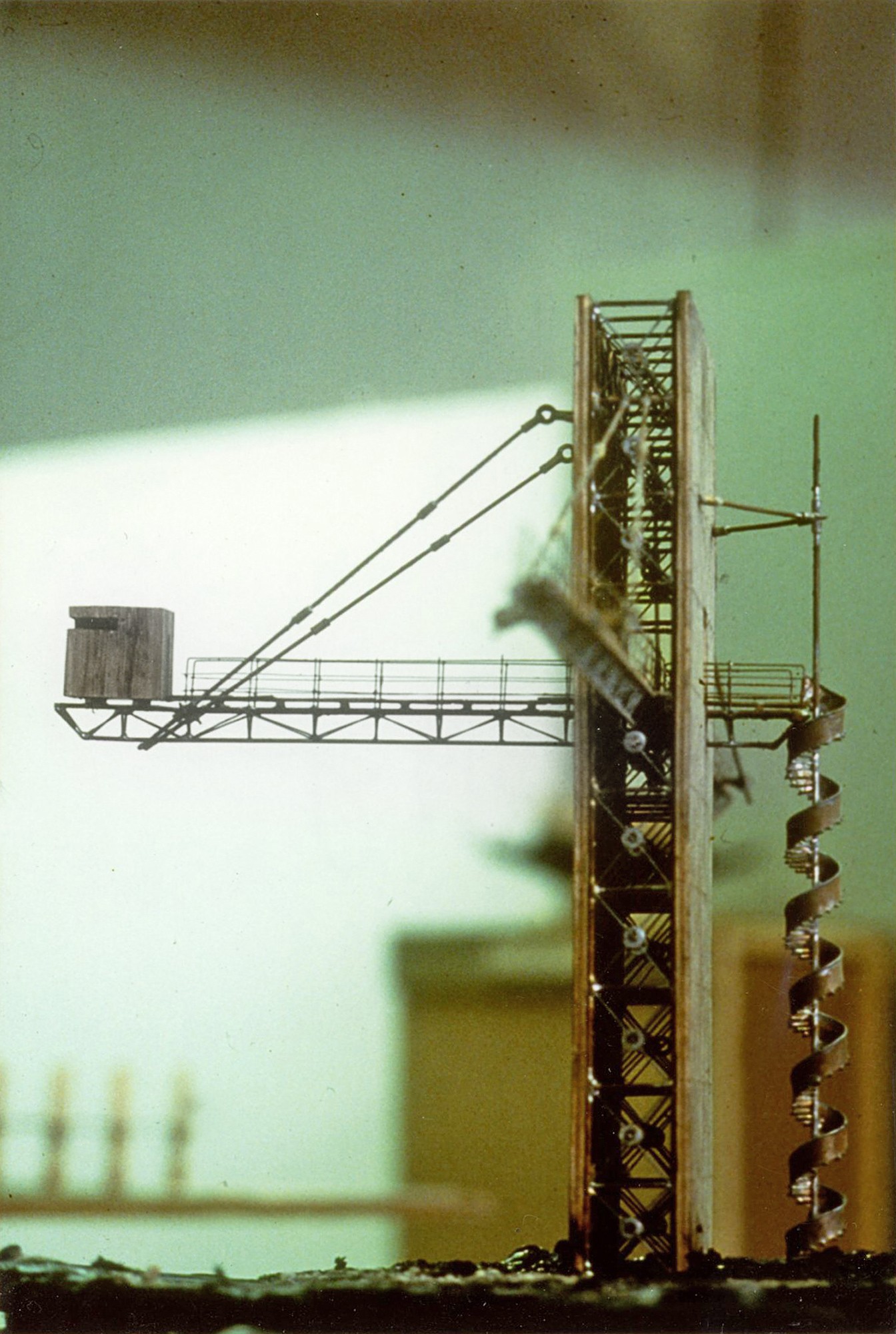