There is a lot of information that is not immediately visible in a public environment. It is exciting to go into depth there. The light beacon KAPKAR / LB2-SV gives an extra layer to the location where it is located, based on the technical inventor George Stephenson, the namesake of the viaduct.

Exactly 200 years later, his invention of the safe mining lamp is input for the light beacon that adds a layer of knowledge and appeals to the imagination.

Hundreds of invisible persons are present in a city as namesake of streets and bridges. You walk through a writer, over an engineer or under an inventor.

The location for a new work of art in Leeuwarden is the existing Stephenson viaduct, which as part of the new “De Haak om Leeuwarden” ring road has been renovated and expanded over the track of the De Zwette industrial estate. In this case you walk, cycle or drive over the viaduct named after George Stephenson, or underneath it. With this artwork I decide to give a contemporary addition and an extra dimension to the name giver.

Who was George Stephenson? 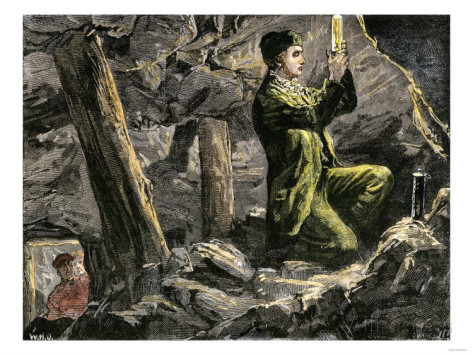 Stephenson turns out to be a famous English engineer from the first half of the 19th century. He invented the first safe mine lamp, the first usable steam locomotive and invented, among other things, an important connection for railway tracks. In short, a designer with steel and an inspiring personality when it comes to technology. There are also bridges bearing his name in Manchester and Liverpool.

For the design I take the renovated and expanded Stephenson viaduct from the 1970s as the starting point. I transformed an element of an existing drawing of the construction of the viaduct and lifted it from the ground above the city. The shape of this top is based on the original technical drawing of the foundation of the viaduct, transformed into a new autonomous shape. By making light in it I draw attention to the mine lamp

The work manifests itself as an idiosyncratic appearance and as a beacon of light at the entrance of the exit road to the city center. With the yellow light that is connected to the network of the street lamps, the work of art provides a refined technical impression and signal in the commercial work environment.

The artwork is interesting from all sides and levels, an appearance that evokes astonishment. In the industrial environment it has a fresh and sharp contrast in a clear and clear engineering language. 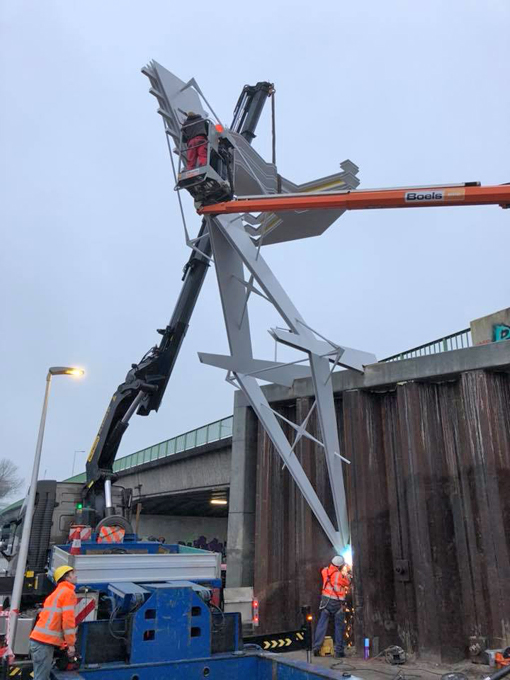