See and know where the food comes from is an essential value.

How does the cowshed 2.0 look like? In other words: which in all respects sustainable and innovative alternatives are there for the barn, the most common type of barn that especially in the field of animal welfare and the environment begins to be desired?

Within the project Innovative livestock of the province of Utrecht asked a number of farmers and architects for the answer to that question. 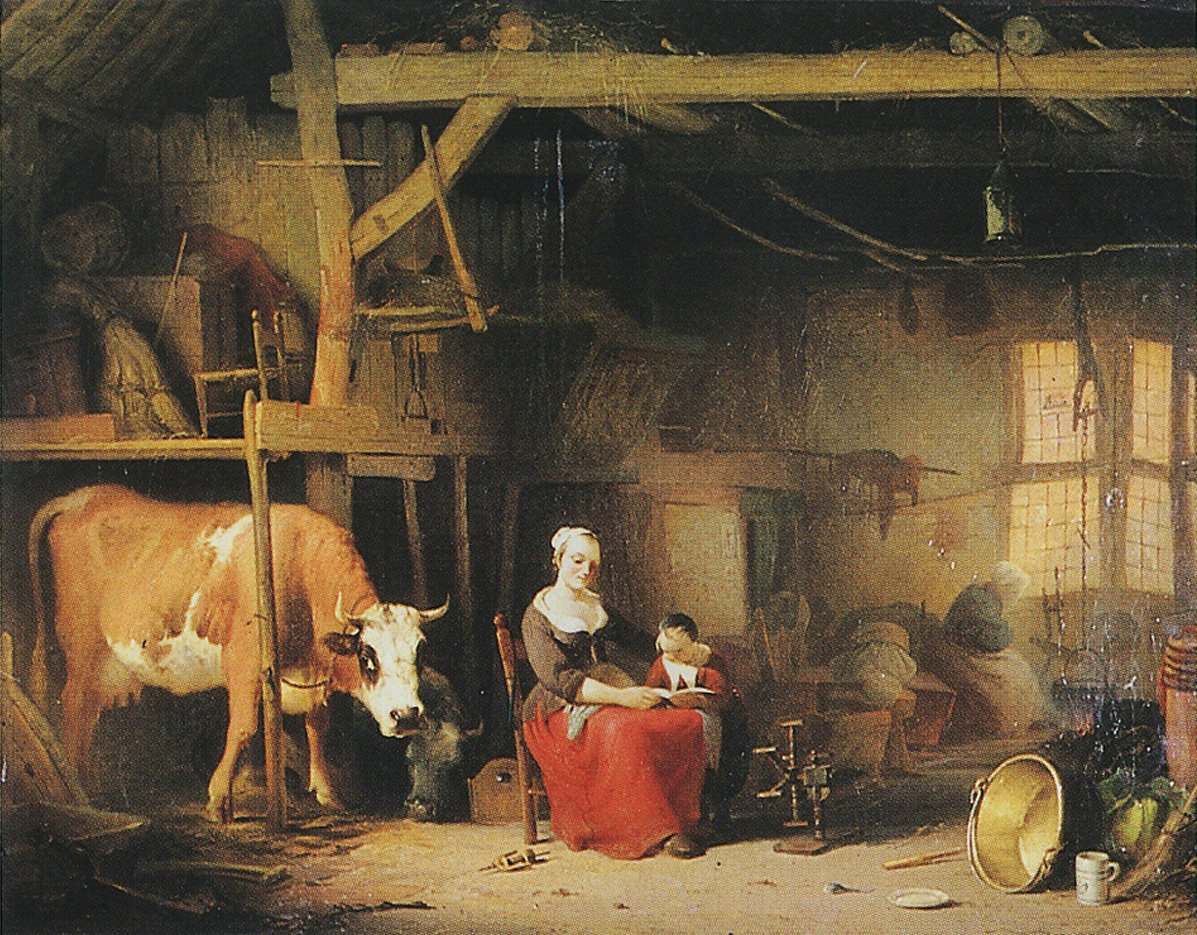 Many farmers in Utrecht want a new barn. The current stables are too small and could use a modernization work for a better environment and welfare of humans and animals. In addition, on 1 April 2015, the quota is abolished, causing many farmers to expand their industry. The province saw this as a chance to clear the way for an entirely new type of house. A barn that:

Within the project Innovative livestock is Havermans linked to farmer Richard Vedder, Eemdijk.

“The past fifteen years a lot has changed in the rural areas we live in. Many farmers have stopped, often forced. Those who still are farming are scaling up to larger companies. This has an impact on the landscape. Old farms are often incompetent converted into ‘villas’ with ornamental gardens. Farms now are build and grow in a uniform way, which is often used on industrial sites. Parts of the countryside ones so special largely shaped by the farmers, are threatened in their specific special character. This is a task for architects and designers.

It wrings in that small-scale landscape. The challenge is to build stables suitable for their function and also do justice to the landscape in which they reside. That is no easy task but a necessary one; for agricultural entrepreneurs who still want to stay long users of the countryside, people who live around it and those who otherwise benefit from it.

This artist’s impression shows the stable designed for farmer Richard Vedder in Eemdijk, a large farm.  The challange is the size of the sheds. In my research I found out that it isn’t a problem if only made by the right materials.

The roofs of the old stables are cutted open and in the space that is created wooden trusses – deriven from historic trusses –  are placed. On top of that rests new roof of rusted steel plates. The surface of the open part, which is in this way is roofed over, is 2500 m 2 including a free-running section of 500 m2.

It is important to expose all the activities, to show what is going on at a farm to reconnect the relation of farming and landscape. Also to create understandness of the origin of food. The new barn also provides more space for birds and insects.” 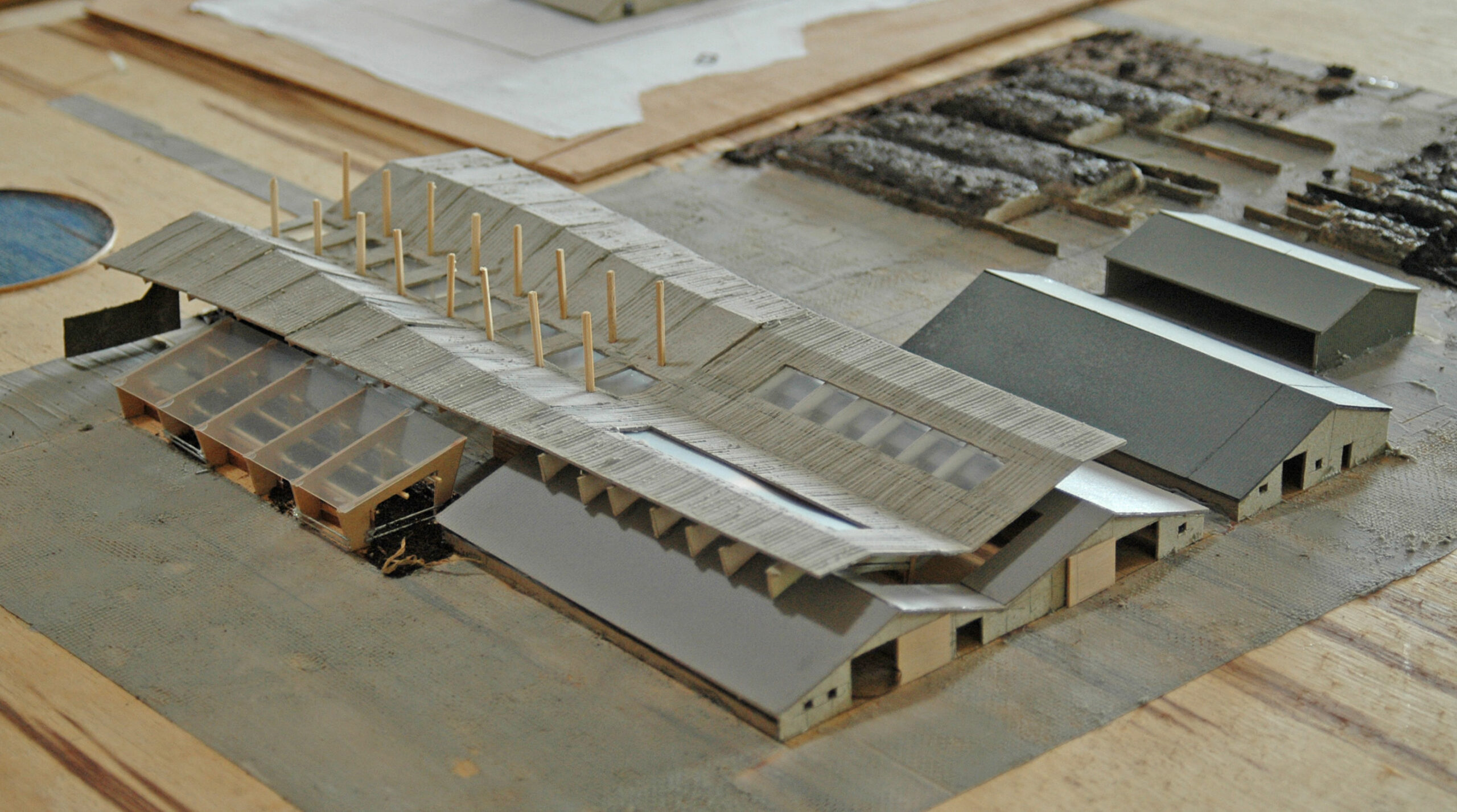