Renewed attention for the truss as a construction and building tool

KAPKAR / GBT-3S is a temporary architectural installation in the prelude to the new expansion area Veghels Buiten, an urban development project by Buro B + B, which will be resurrected between 2012 – 2025. The contemporary framework relates to the landscape and the surrounding buildings. With this installation I want to show that the use of local architecture can contribute to the characterization of the area in a contemporary way. 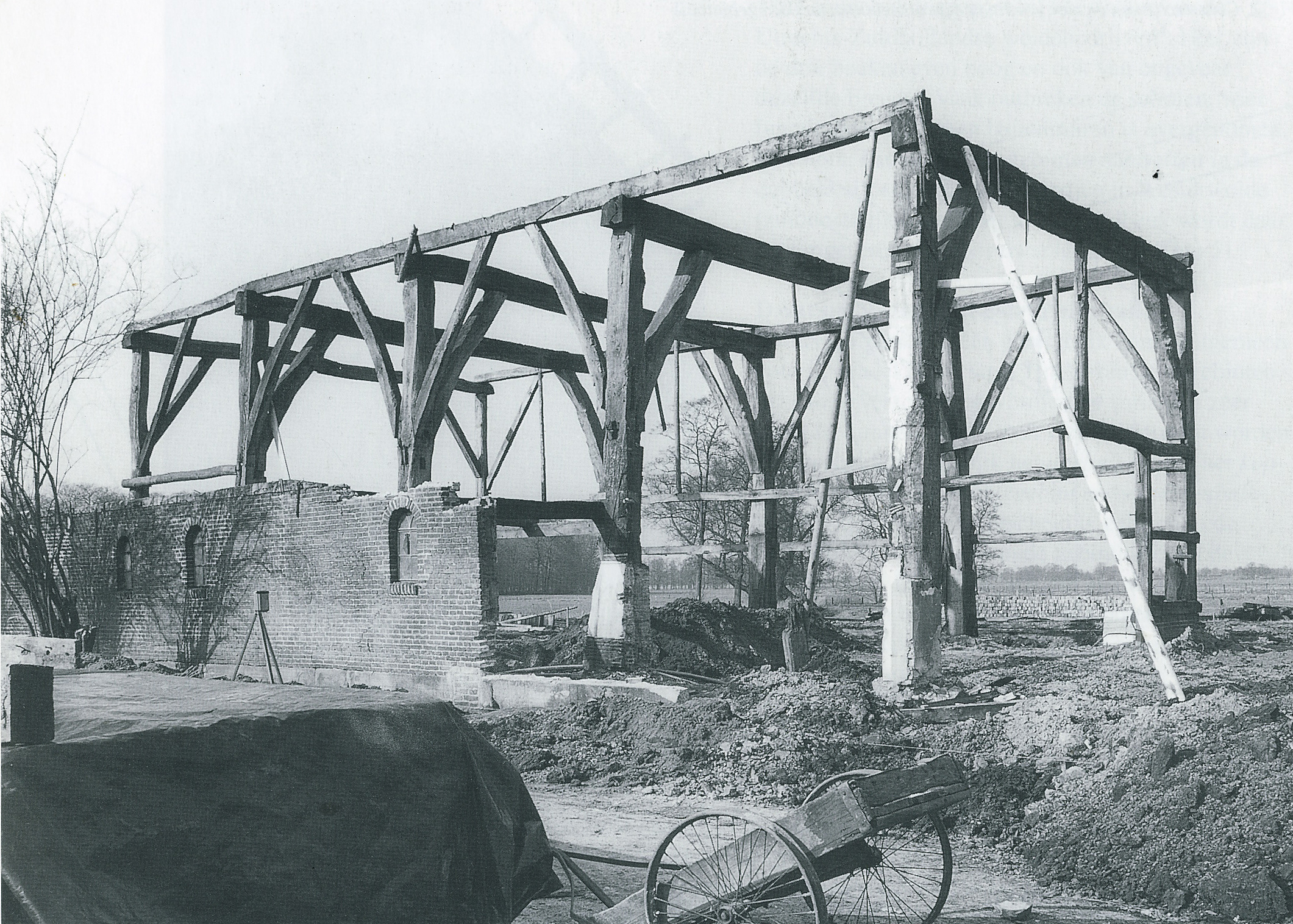 For the temporary art project I started from an area-specific approach. A fascination for old farms and here in particular the Brabant long facade farm has been the commitment for my project. Since 1995 I have lived in a long or rather short facade farmhouse in Heeswijk-Dinther. The state of this farm was appalling at that time, it was a real ruin. The entire oak framework, the combination of beams that form the load-bearing construction of these farms, was also completely worn out. Removed in some places, rotted through and largely collapsed. When I studied the farms I gradually discovered that the anchor beam trusses are actually often the only truly original elements that have survived from the first construction, often centuries ago. And it is precisely these elements that have disappeared en masse from the farms since I live in the countryside.

Farms are often rebuilt or demolished once they have been sold and rebuilt without this anchor beam. The entire character has completely changed both inside and outside. I consider the anchor beam as a very undervalued but very important cultural-historical element that deserves attention.

In the Veghels Buiten area there are still several old Brabant long facade farms. These farms are the anchor points in the landscape. The landscape has arisen around these farms and they are therefore very important in the experience of the area. The various states of maintenance are striking. Varying from beautiful and well-maintained to completely demolished and rebuilt and to a few original copies. At least what we experience as original at the moment because this image is also subject to change and fashion. Both the interior and the exterior have changed many times over the centuries depending on economic considerations, available materials and techniques.

The great thing was that the framework has always remained intact, being the basis, the foundation of the building. From the 1970s, with a peak in the late 1990s and early 2000s, the farms have mostly lost this base. The soul is out. And this is irreversible.

At a central spot in the landscape of Veghels Buiten where there are three farms different of character, I build a contemporary framework on the field that relates to the landscape and the surrounding buildings. It consists of a contemporary material, construction plywood, and is made with contemporary techniques. The new construction can be seen as both a reference to the past and to the future. With this construction I request renewed attention for the truss as a construction and building tool. Both for restoration purposes and for creating new architecture.

The second aspect is particularly important because the use of local architecture can contribute in a new contemporary way to the characterization of the area. It is a means to distinguish yourself. In this way I hope to raise awareness of the importance of this important element in the Brabant landscape, which is normally not observable because it is located inside farms, but comes from this landscape. I choose not to work in a historicizing way in this case and I hope, through this first visual element, to be at the beginning of a sustainable renewed development of this fascinating way of construction and building.

If several parties, government, private individuals and architects join in, it can even have an urban development influence on the development of the area between 2012-2025.