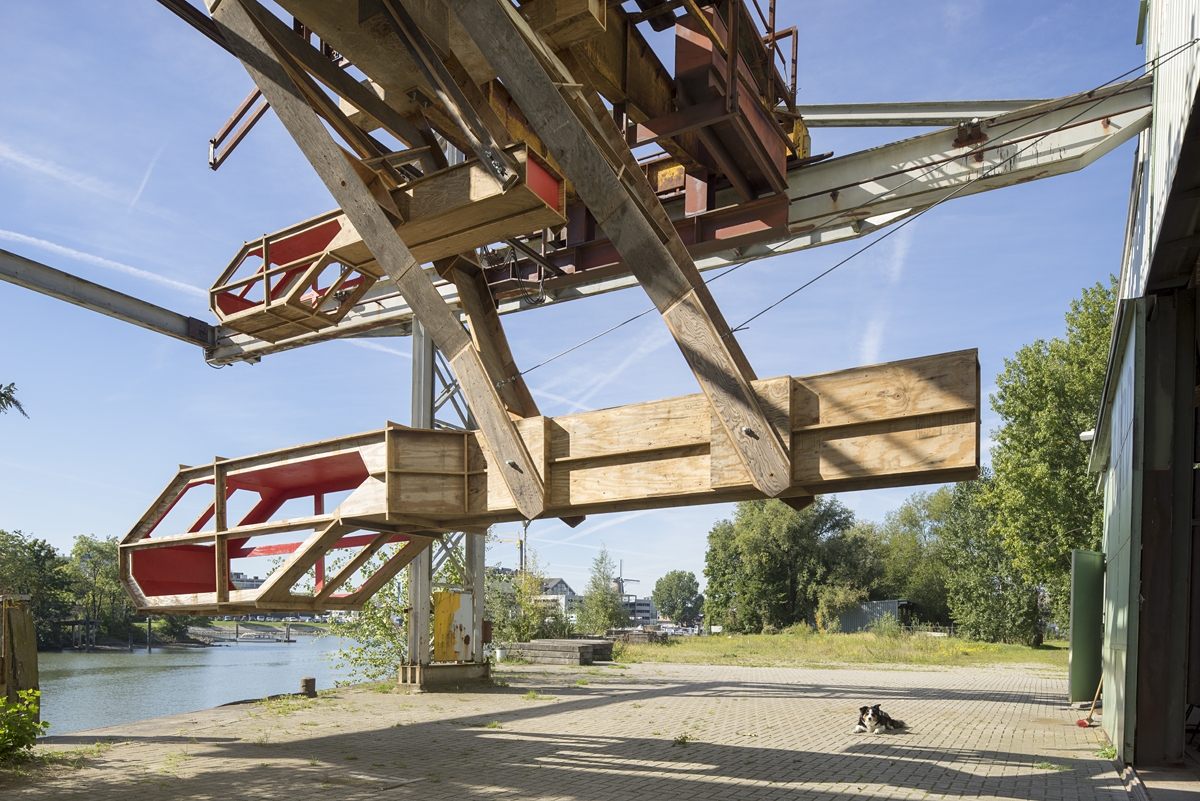 A manifesto for taking a new approach to area-defining heritage.

With the industrial architectural installation KAPKAR/DY-K92, Frank Havermans explores two site-specific features of a former shipyard, which is now being transformed into a normal, standard urban district in the municipality of Dordrecht. Havermans sees possibilities and opportunities for introducing contemporary and distinctive elements from the area’s industrial visual language into the city.

The temporary installation KAPKAR/DY-K92 is created for an exhibition in 2015 in the Biesboschhal run by DordtYart, an organisation that invites contemporary artists to develop large installations each year

The creation of the work is initially inspired by the abandoned and partly dismantled craneway to the rear of the former machine factory.

It is the last remaining factory hall on the spit of land in the river, which will also disappear over time. By adding a contemporary element, Havermans has breathed new life into this craneway. Now, it is no longer meant for hoisting goods from ships into the factory hall; instead, the decision has been taken to repurpose the crane with an installation that suggests that this type of industrial heritage opens up entirely new possibilities.

The two horizontal parallel cabins, which have been stretched backwards, evoke the suggestion of movement.

These small spaces, which hang in the old crane, forming a new entity with the supporting structure, are based on the industrial visual language of the immediate surroundings and the features of Kraan 92, a gigantic modern floating port-crane that was in Dordrecht for maintenance during the research period. The installation forms a manifesto for taking a new approach to area-defining heritage; not by dismantling it, but by dividing it up into smaller entities, for example, that can be developed as separate lots by private individuals, whereby the warehouse retains its character.

In this way, the hall is seen as a plot where new developments can arise. This installation is a proposal to suspend a unique dwelling in the craneway; as a catalysing model for similar interventions, to counter standard, often dull and risk-averse urban developments.

use of industrial heritage for architectural interventions and cultural awareness 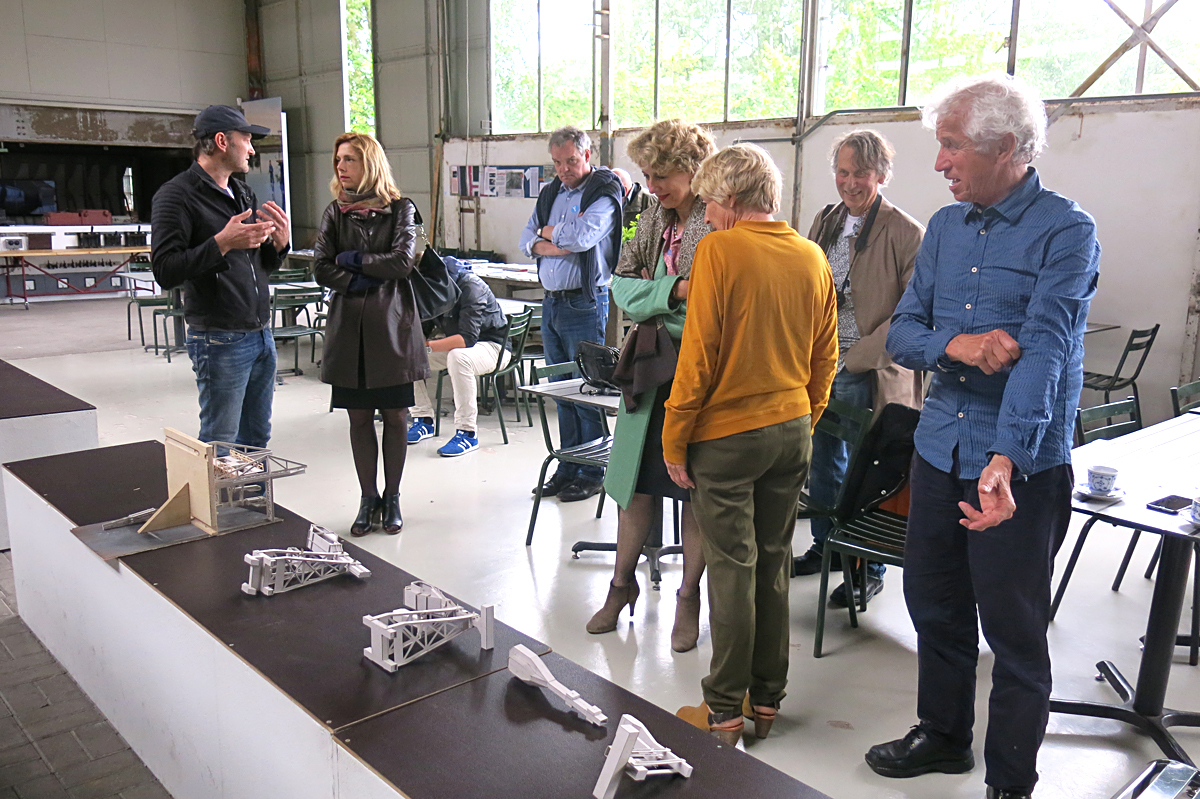 visit by The Mondrian Fund, explaining the design process by models

discussing the design with Arie-Jaap Warnaar